I love giving a guy’s dick a good Milking.* 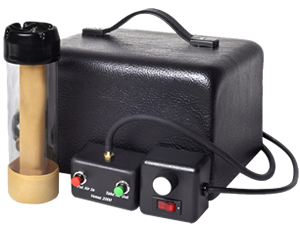 I love giving a guy’s a dick a good Milking.

He started whining from the pain and began squirming, trying to get away. Finally, his partner took pity on him and took it off. I loved it and had to find out what the machine was. Turns out it’s a Venus 2000 Cock Milker and it costs $900. That’s definitely not in my budget but luckily I know someone who was able to help me get one.

I emailed my friend Jessica and asked her about it. She’s a domme at a dungeon downtown and they have one on site. Booking the room for an hour later that day I then called my boyfriend. I told him not to go home after work and where to meet me. Maybe I didn’t tell him what I was planning though.

When he got there I led him down a hallway and into one of the rooms. There was an empty table with straps on it beside a table holding a box and some objects. He asked what we were going to do but I told him to just trust me and lie down on the table.

I used the straps to restrain his arms and legs then went to the other table. I grabbed a bottle of lube and slowly rubbed it all over my boyfriend’s dick. He was rock hard by the time I was done.

I let the machine continue sucking him and his moans turned into little whines of pain.

I lowered my pussy over his mouth and he began to lick me. His moans of pain vibrated against my pussy. Sliding a finger in I stroked my clit as his tongue lapped at me. I could feel the table move under me as he started squirming from the pain.

Grinding against his mouth I rubbed my clit. He was breathing faster and was moaning deeper.

His dick must have been getting sucked raw by now. That thought got me going and made me really work at my clit. I came. I sat there for a minute and let my juices drip all over his face. He was moving harder now, trying to get the tube off. I took pity and climbed off him before turning the machine off

I had more fun then I thought I would. I’m thinking of getting a part-time job and buying one for Christmas. Next time I’m going to fuck his Behind with it.