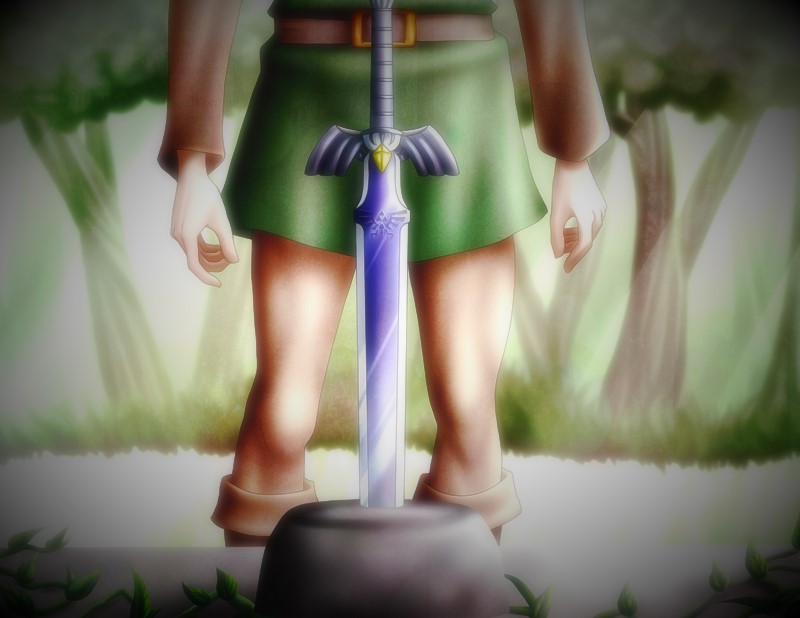 The link was riding Epona through Hyrule Field, right before the sun completely set. He needed to speak to Princess Zelda and ask what quest he was to go on. But, as soon as he hit the drawbridge… it went up. He was tired from the day of the adventure he had. And saw Lon Lon Ranch off in the distance. He quickly rode Epona as fast as her legs could take her. Can’t let those Stalchildren get you.

He rode on in like he usually did and put Epona up in the stables. He could hear the nightly singing of the fair maiden Malon. She likes to stand in the middle of the horse field and sing a song that she sings to all the horses. Her pale skin gleamed as the moonlight bounced off. Link could feel something happening in his tights. It happened every time he saw her.. maybe it was time to retire to the small stable that he slept in.

He took Navi out to light his way around the stable. He pushed a bunch of hay in the corner and plopped down. Then he thought about Malon’s long red hair and couldn’t help but reach into his tights… wow, there was so much precum dripping off of his Master Sword. 😉

There was a rustling coming from the front of the stable but he kept going, thinking it was just one of the horses moving about. But, then a small voice said “L-Link?” He quickly shot up from the haystack and stopped stroking, struggling to pull his tunic down. His eyes got huge as he saw Malon standing there with a sandwich for him. But, there was a smile on her face.

She said to Link as she got closer.. reaching out and caressing his cheek. Then she kissed him on the forehead and poked at the hard lump under his tunic. She knew what he was doing and blushed as she pulled up the hem… “My goodness.. you need a hand with that. Let me help you.”

For more of my hot sex stories, fanfictions, and calls.. stayed tuned!