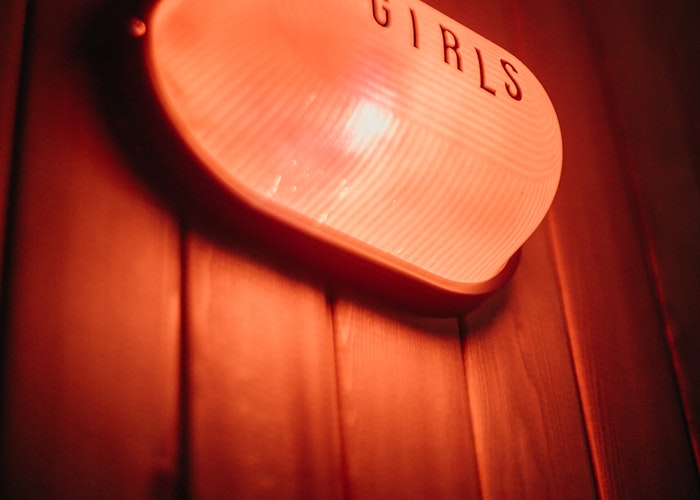 In my last two blogs, you watched my married lover “evolve” into an amazing little slut.  I saw him in that bookstore a year and a half ago. I never imagined that he would become a nasty bitch-boy intent on serving me. After a 48-hour marathon of him drinking piss, eating shit, swallowing cum, and getting fucked while tied up, I gave him a day to sleep and clean up.  Then, the work began.  After he woke up and showered, I handed him a cheery red thong, white leggings, and a white sports bra.  I wanted everyone to see those red panties through his leggings, like a true married sissy slut.  He tried to protest, but after a hard slap with a riding crop across his balls, he followed the instruction.

We started the day at the nail salon. When he was done, his lovely cherry-red finger and toenails matched his panties. Next, we went into the waxing room. I orgasmed while listening to him scream as the technician ripped all of his body hair away from his skin. When she finished, his whole body was a smooth as a precious pre-teen pussy.

Afterward, we went to a prominent local mall. And I took my married sissy slut to an upscale department store to buy lingerie.

I chose that store on purpose because more people would see him get all of his new underwear, the staff would fit him properly and, lots of husbands came along with their wives to that part of the store. When we got to the lingerie section, I found an older woman to help us. I like making men buy lingerie from older women because they usually cannot hide their disgust for pervy little bitch-boys. She was perfect because she laughed and said, “sure, I will help your plaything find pretty things.” She picked out a dozen panty and bra sets, matching garter belts, and various thigh-high stockings.

She said, “come bitch, we are going to work on your makeup and pick out some pretty clothes.” She took him to the cosmetic counter and told the salesgirl that she had another bitch-boy to make up. I laughed as he sat at the counter getting made up like a silly little girl, while dozens of passersby gawked, laughed, and told him he was a pussy. He turns red with embarrassment and starts to get up.  Before I could say a word, the saleslady slapped him across the face and told him to stay seated.  Problem solved. Once made up, we went over to the dress section.  We made my married sissy slut try on dresses, skirts, and blouses.  We left with about 15 outfits.

But first, however, I pulled my strap-on out of my purse and fucked him in the dressing room.

Then I handed it to the sales lady from the lingerie department, and she fucked him too.  By the time we left, the women who made him up and the lady in the dress department who helped us also got to fuck him.  After everyone had their turn, I shoved a butt plug in his gaped ass to keep it from making a mess.  Then I put a cage on him, and we had him put on one of his outfits, a short, tailored black skirt and a sheer white blouse that showed his cute bra. He looked so pretty that I took him to our favorite restaurant for lunch. We go there often, and the staff knows us well.

From there, we went to one of the most notorious gloryholes in the city.  You will have to wait until next week for that.

Don’t want to wait? Call one of your favorite phone sex lines!