Mail Order Bride – Man Was Expecting Submissive New Wife But What He Got.. ♕ 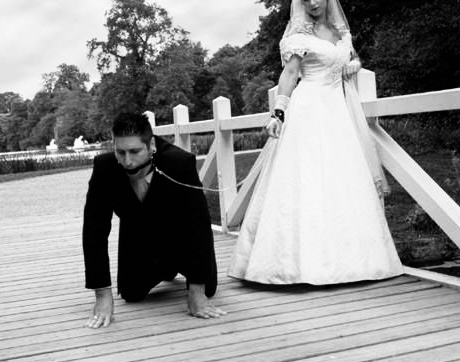 The sultry and sexy deep husky voice of Frank’s new wife drifted through the intercom and into his office. He opened the camera viewer app on his phone to see her standing there. Just as described- 5’11, blonde and stoic. She stood at the entrance to his home clutching a black caviar leather Chanel bag with gold hardware. If you had asked him 10 years ago if he could imagine himself with a mail order bride, Frank would have scoffed.

Can you blame him? He is rich, powerful, and used to be rather handsome. Unfortunately, years of the drink had taken their toll and his unusually ancient concept of femininity really put him in a bad position with today’s modern woman when it came to dating. Our poor fellow kept his parent’s old school ideals a little too long, expecting the fairer sex to remain submissive and subservient to the masculine energy in charge.

After growing tired of living alone in such a beautiful large home on a massive estate. The idea of just buying a mail order bride started to make more and more sense. “They just build them differently, over there,” he said to himself while scrolling profiles. Frank tested the waters by doing role plays and phone sex. The more he confessed his idea to those operators, the more invested in this new lifestyle move he became. He desired a hot wet blonde specifically – I mean, if you’re going to buy a spouse out of a catalog he may as well get exactly what he craved.

The list of mandatory requirements was laughable but Frank knows what he wants when he wants it.

Frank interviewed several women from the mail order bride sites. Many of them laughed in his face and he started to grow worried that maybe the single life was what he was destined for ultimately. He decided to give up, instead of the obvious which would be to lower his obnoxious standards. “I’ll interview one last girl and after that, it simply must not be meant for me.”

Somewhere on page 532 of the agency he was working with Frank found her. As soon as Sora got his bizarre email she knew that it was her life’s calling to bring this guy down several pegs. How he could be serious with these requests and demands? Obviously, he is very confused about Slavic beauties but she felt very confident that after a few hours her new husband would be whipped into submission.

Frank casually strolled to the door to let Sora inside. “Why my new husband leave me out in this obnoxious American sweat-heat? Are you not a gentleman? What is wrong with you?”, the mail order bride hissed, disgusted already by him. He looked confused- a woman had never before berated him with harsh words and even more strangely..it was turning Frank on. He dropped to his knees overtaken by her strong Goddess energy.

“Very good, Husband. I knew you’d learn quickly that wife Sora would be wearing the pants from now on..”

The story doesn’t end there! Want to know about Sora & Frank’s honeymoon phase? Call me on my phone sex hotline and I’ll share what happened next.