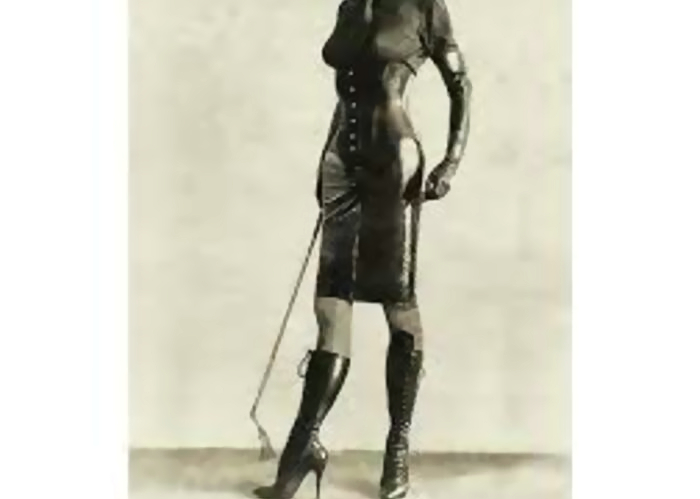 Maid Gets Thrashed By Mistress Emily

My girlfriends in London are very jealous of me. Not only do they struggle to find a good cleaning lady but they also have to pay them as much as twenty-five pounds an hour. I have an amazing cleaning lady, who also doubles as a ladies maid. The best thing is that SHE pays me for the privilege of cleaning my house and waiting on me hand and foot! And if I feel like it… sometimes the maid gets thrashed.

He left some dust on the mantelpiece – and I had to punish him. Fortunately, my family has hundreds of years of experience when it comes to dealing with slovenly maids. They expect it. The maids get thrashed for a variety of misdemeanors. I enjoy every minute of it!

Anyway, I ordered him into the living room and told him to go to the bedroom and fetch my riding crop. Rodney knows the drill.

He crawled across the floor on his knees and held the crop out in front of him like the obedient little sissy that he really is. I love the thrill of power that runs through me every time I hold a riding crop in my hand. I just have to grip the hard leather handle to get dripping wet and breathless. As I bent Rodney over the arm of the sofa, I ordered him to raise his mini skirt.

It’s better to let them suffer an agony of anticipation, and then make the first blow really hurt. My maid gets thrashed when I’m ready. I let them simmer a little.

Satisfied that his humiliation was complete, I rubbed my clit with my left hand

Luxuriating in the sensation, I began swishing the riding crop through the air. Rodney tensed at the swishing noise and I decided to put him out of his misery. The first lash of the crop slashed across his arse causing a stifled yelp. I waited at least 20 seconds before I hit him again, and then again. That’s how my maid gets thrashed! And he’s bloody grateful for it!

Of course, my sissy soldier sometimes enjoys his punishments a little too much and when I feel he oversteps the mark, I order him into the kitchen to bring out the cheese grater. I’ve never actually had to grate the end of his cock with it – yet! But the threat is enough… and after all, I’m a bone fide sissy humilation expert.