Losing My Virginity to My Older Brother ♕ 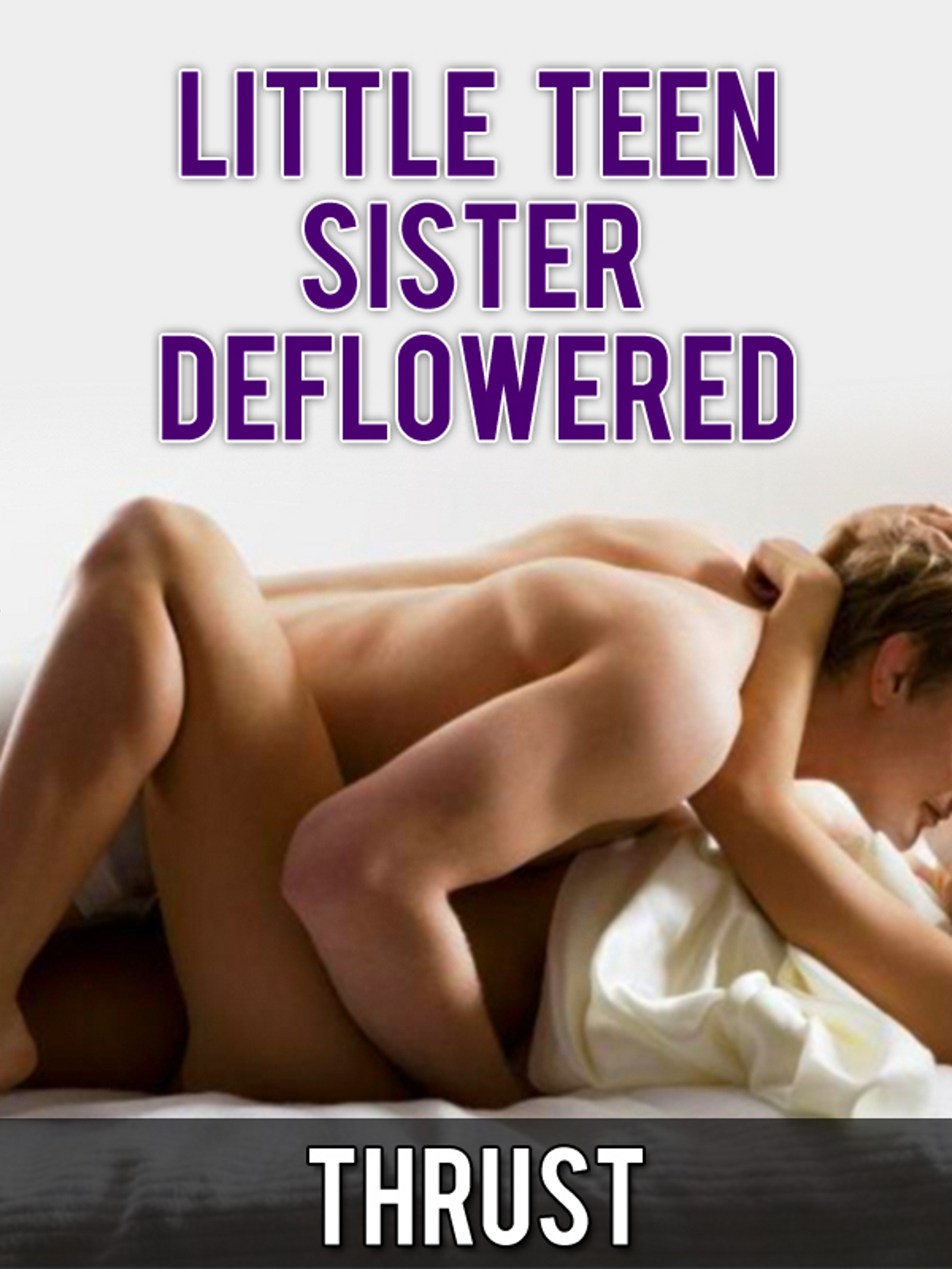 Nothing like losing my virginity to my own brother

Losing my virginity over summer break wasn’t exactly what I had planned. I had no idea that I would learn so much. Not only did my brother teach me to drive but my virginity flew right out the window as he drove me out to the country for my first lesson. It started when my mom finally took me to get my driving permit. I was 16 and I was really excited to finally learn how to drive. Unfortunately, both of my parents worked all the time and continuously put off teaching me.

My older brother was away at college so I was pretty bummed that I had no one to show me what to do. Just when I had given up my brother came home from school for the summer. He promised to take me out driving every day! I was SO excited!! We drove out to the country where I could drive myself and not worry about hitting anything or anyone.

My brother has always been attractive. I tried to blow it off but seriously, the deep blue eyes, built figure and killer smile of his always made me do a double take. He was a football player in high school and was now going to college on a football scholarship. He was strong, smart and hot as fuck! But, he was my brother so I fought any thoughts about him that crept into my head. Especially since he came back to visit. If he thought I had grown up…all he did was grow even more attractive. I was doing my best to pay attention to what he was telling me.

We were in the middle of nowhere. He pulled over to the side of the road, put the car in park and looking over at me he asked if I was ready. I was way more nervous than I thought I would be but I told him that I was ready.  We got out of the car and switched places. He told me what to do, which pedals do what, etc. I put it in gear, took my foot off the break and moved it to the gas pedal. It was so touchy that we both jerked back in our seats.

I freaked out and slammed on the break throwing us forward and tightening the seatbelts around us. After a few more attempts and getting just a little farther, I finally put the car in park, took off my seatbelt saying “I’m done!” I got out of the car and slammed the door shut.

Moving to the side of the road behind the car and found a spot to sit down on the ground. I put my head in my hands and started to cry. My brother got out of the car and squatted in front of me. He pulled my hands from my face and told me it was okay. It was just going to take some time for me to figure it out. Crying so much he could barely understand me, I didn’t want to learn anymore, it was too frustrating. I kept babbling about failing with tears streaming down my cheeks. He cupped my face in his hands and wiped away my tears. He started telling me it was all okay again.

When I looked up at him he just stopped. Not just talking but literally stopped everything. Talking, breathing, moving his fingers on my cheeks, I wasn’t sure what was wrong until he whispered, “I can’t believe I hadn’t noticed.” “Noticed what?” I asked. “How beautiful you have become and how grown up you have gotten since I left”, he said.

Before I knew what was happening, his hand that was cupping my cheek to wipe my tears moved to the back of my head and he pulled me into him. He placed a gentle kiss on my lips, lingering for just a minute. He pulled away just enough to part our kiss. A small moan escaped his mouth before he placed his lips back on mine. This time the kiss was a little more forceful than before. We both wrapped our arms around each other’s neck as our mouths parted our kiss deepened.

His mouth left mine only to start trailing his tongue and kisses down my jaw to my neck. He helped me stand but quickly had me pinned against the car that he was supposed to be teaching me how to drive. I could feel the hardness of his dick through his pants as he pressed himself against my teenage body.

He continued kissing slowly down until his mouth was over my pussy. My sundress was still between us but I could feel the heat of his breath on my mound. His fingers slid up my legs, under my dress and lifted it to my waist. He gently tugged down my cotton panties exposing my virgin pussy. He didn’t know I was about to me losing my virginity and I sure as hell wasn’t about to tell him that he was going to be my first. If he figured it out I would deal with it then.

His fingers slid up and down my wet slit as his mouth engulfed my sensitive hood. I cried out in pleasure, grabbed his head and pressed him tighter against me. He moaned at my forcefulness, took the hint and started sucking harder as he slid one of his fingers into my tight pussy. He paused for a moment, opened his eyes and looked up at me. “Nicole, you didn’t tell me you were still a virgin”, he said. “It doesn’t matter,” I replied, “I’m going to lose my virginity eventually.

I would way rather it be you than some guy that I won’t even talk to in a few years”. That must have made complete sense to him because he said, “I love you baby sister”, and started with even more enthusiasm than before. He kept at this for so long that I thought I was going to fall over. He slowly worked another finger into me and then another, making sure my tight virgin pussy would be ready for his cock. His goal seemed to be to make sure that this moment was as pleasurable for me as possible. I loved that about him.

He finally stood and kissed me. I had never tasted my pussy before then and the sweet yet subtly tangy taste caught me off guard. He took his jacket from the car and put it over the hood. He sat me on top of it and told me to lay back on it. As I did he undid his pants, spread my legs and pulled me toward him. I could feel the head of his cock prodding my slick folds as he moved it up and down to coat it in my juices.

After a few passes, I felt him trying to push into me. It was too tight for him to just push inside and he had to keep working his head in a little and then back out slowly continuing to stretch me even more. I had never had anything as big as his cock inside of me. A couple of fingers didn’t compare to the girth of his dick so when his head finally popped inside I gave out a small whimper. It was super painful, more uncomfortable with a small amount of stretching pain.

Every moment of losing my virginity was delicious

He took his time with me pausing to let me adjust every time he made it in a little further. What REALLY hurt was when he had to break through my virginity. He did tell me to prepare for it, it was going to hurt and the best thing to do was to not tense up. I relaxed as much as I could and told him to do it quickly and just get it over with. He did as I asked and pushed his cock quickly past my hymen. He couldn’t stop his forward movement though and ended up fully seated inside of me.

Losing my virginity was over, it was GONE! I cried a little bit. I didn’t want him to see my pain so I turned my head away and let the tears silently stream down. He took my face in his hand, leaned in and gave me a kiss. “I love you so much Nicole! I promise that was the worst of it.” I gave him a smile and told him that I loved him too. After a minute he started to move in and out of me. The pain was gone and it was replaced by this overwhelming need for more!

I wrapped my legs around him and sat up with his cock still inside of me. He picked me up and sat on the hood of the car with me straddling his lap. I rode his cock as hard, soft, fast or slow as I wanted. Taking my time I learned very quickly what I liked. I didn’t get to do it for too long though. With my tight teenage pussy wrapped around his thick cock the pleasure was too much for my brother to take. It caught me by surprise when he wrapped his arms around me and held me tight against him. I could feel his dick pulsing inside of me as he shot load after load of cum deep in my no longer virgin pussy. He held me so tight and we kissed so deeply.

I didn’t think getting pregnant was anything to really worry about.

I mean it was just my first time and all. That wouldn’t happen. When our lips parted I opened my eyes to see his staring into mine with more love than I had ever seen from him before. “God I love you, Nicole! You are so beautiful! We can never tell anyone about this though. Even though it feels so right, not many people would understand a brother and sister sharing what we did or will continue to share in the future.” I smiled and said that I understood.

We cleaned ourselves up and drove home. He was going to be home for the whole summer before he had to go back to college. Our summer fun had just begun. If you want to hear more about what we did for the next 3 months give me a call. My sexy stories about my brother still turn me on every time I get to tell them. We can even role play out some of your naughty incest family fun fantasies too!!