Pain… Sabrina Knows that a Little Bit of Pain Never Hurt Anyone! 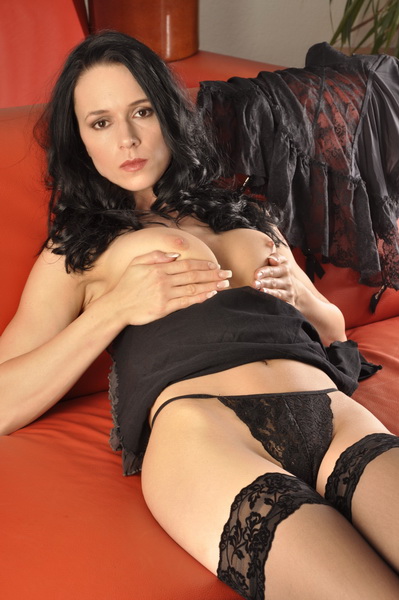 He was a pain and he liked pain.  I met Chuck at a sports bar and he approached my group almost as soon as we walked in.  He bought us all a round, then another round.  He was obviously drunk and was trying his best to be charming but he only came off as highly annoying.

“Look.”  My friend Felicia said to him.  “My friends and I came here to spend time together, not to be drooled on by some drunk fool.  Step away from us or I’ll kick your balls into your chest.”

As my friends burst out in loud and drunk laughter, I stared at Chuck’s face.  He smiled hopefully and nodded his head enthusiastically.  “Would you?” he whispered loudly.

“What? Will I?  Will I kick your balls?  Man, get the fuck away from us now.  I mean it.”  Felicia was practically growling and the rest of the girls grew quiet.  After a minute, Chuck shuffled away.  If he had a tail it would be between his legs.

I noticed him sitting alone, drinking a beer and looking like the saddest guy in the world.  I got up to go the ladies room and on my way back, I sat on the stool next to him.

“Sabrina.  My name is Sabrina.  I couldn’t help but notice that you really were excited about the prospect of getting your balls kicked…” I said.

We chatted for a bit longer and I decided Chuck was such a nice guy that I would really like to hurt his balls for him.

“Why don’t we step outside, Chuck?” I didn’t wait for him to respond, I simply got up and headed toward the back of the bar which had a door leading into the parking lot.  He followed, as I knew he would.

I led him to a secluded area, close to the dumpsters and faced him.  “Take your pants off. “  He glanced around and I said in a loud and firm voice, “NOW, Chuck.”

He obeyed, stumbling around a little as he yanked his pants off.  He stood in his boxer briefs and I saw that his dick was hard.  “Take those off too.”  I commanded.

He was soon standing there with only his shirt and shoes on.  His dick and balls were large.

I reached over and grabbed his balls.  He gasped and jumped slightly.  “Don’t move.”  I said.  He took a deep breath and stood still.  I began to squeeze his balls, gently at first but then added more and more pressure until my hand was shaking and Chuck was whimpering.   I noticed his forehead was starting to sweat.  Without warning, I yanked his ball sack and stretched it.

Chuck cried out and started breathing hard and fast but he did not move.  “It’s just pain, Chuck.”  I said calmly.  He nodded his head and squeezed his eyes shut.  I let go of his balls and then slammed my palm into his balls as hard as I could.  He let out a wail and swayed a little but stayed on his feet. I slammed my hand into his balls again and again until his knees buckled and he fell over.

I walked over and nudged his legs apart with my foot.  He tried to close his legs but I kicked them apart, harder this time.  I raised my foot and carefully placed the heel of my boot on his balls.  I leaned forward a little, putting a bit of weight on him.  He started to hyperventilate and looked terrified.

I leaned forward, lifted my other leg until the full weight of my body was on my foot and I smashed his balls just like he wanted.  After a minute of listening to him cry and retch, I stepped off and tossed his pants and underwear on his chest.  He was panting and moaning, his face covered in sweat and even in the darkness I saw how pale he was.

“Get dressed, Chuck.  Come back in and I’ll buy you a beer.”

He made it back to the bar about ten minutes later, limping but looking quite satisfied.  I bought him a beer.  The name of the beer?  Buster Nut Brown Ale.  Appropriate, right?  Cheers!