Little Cuck: Confessions from Herbie the Pathetic Cuck, Part One 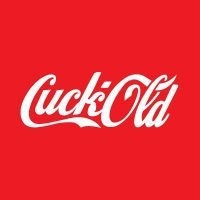 Here’s my Little Cuck tale for you. I guess it all started when I lost my job last year at a company I had been with for 30 years. I was 58 at the time.

My name is Herb (but, most people call me herbie). I am 19 years older than my wife Sally, I stand just under 5-5 and weight around 135-140 pounds. We have been married for five years.

Sally was still working at her job as an executive secretary for a large construction company here in Mississippi and fortunately making enough to keep us afloat. The weeks turned into months and still nothing for this Little Cuck. I found myself becoming less of a man, more docile and spiritless. I spent way too much time on the internet and eventually began doing all the things around the house that a woman would do, typical of a Little Cuck, of course. Sally didn’t really mind that, but I also became less of a man in the bedroom. She was 39 and certainly in her prime. She is a very attractive redhead, about 5-8 and 145 pounds, with large breasts that I financed a couple years ago. Her figure – 40D 26 38 – draws looks of lust everywhere she goes, while I have become almost an invisible afterthought.

That’s when my troubles really began.

Sally was upset and mad with me with my performance in the bedroom and only allowed me to provide her with oral because of my small dick size. Then she met Jake, who was the foreman at the company where she worked.

He was the polar opposite of a Little Cuck like me. Jake was Black and built like a stud – with a big upper body, a muscular chest and thick arms. He was a former football player – around 6-5, 235 pounds – with a nice tight muscular ass and big thighs. And he was single.

Sally began an affair with Jake. They met after work a few times a week at a hotel close by the company. Then one evening Jake brought his friend Luther along. Sally had never had sex with more that one man at a time, but she soon found out how much she enjoyed those two large Black men.

Finally one day, Jake asked Sally about me and what I thought about all this.

“Oh, that Little Cuck? Herbie doesn’t know what I do at work or after work.” Sally said, laughing. Jake smiled, “You ever think about gettin’ him involved?” My wife laughed and took another sip of her drink.”Herbie? He’s not any good as a bedroom performer, but I don’t know what he would do with other men.”

Jake said, “There’s nothing like a Little Cuck husband.” Sally then started imagining being sexually used by large Black Men with me watching. Maybe having the Little Cuck join in would be fun!

And so, Sally invited Jake and Luther to dinner on a Friday night. She told me she was having some friends over from work. I was delighted and went to work on preparing a meal for that Friday. She didn’t tell me that Jake and Luther were Black.

When my wife introduced the two men to her Little Cuck, she delighted at the expression on my face. I was expecting a couple of stuffed shirts from the office, not two muscular healthy Black Men from the warehouse. I had to tilt my head high in the air to look them in the face.

When the supper was finished, Jake went over to my wife and said. “Why don’t you go take a nice bath now. When you come back we’ll have a surprise for you.”

When Sally finished her shower, slipped on a little robe and went back to the living room, she saw her Little Cuck bound hand and foot to a kitchen chair. I was completely naked and gagged with a large black ball that stretched my mouth wide. It was fastened to a leather strap that went around my head. Ropes were around my thighs and tied to the chair arm, forcing my legs wide open and my little white dick, no more than 3 inches long, was stiff and twitching.

“There’s that fine looking wife of yours!” Jake said to me, smirking. “She likes to ride her pussy on Black Cock!”

Luther pulled his shirt off and stepped out of his pants. His big Black Cock was completely erect and his body was amazing. He stepped up to me and rubbed his hard cock all over my face. “You like that Black cock? I’m gonna fuck your wife’s pussy with this big Black COCK!”

To be continued… to call Steamy Sabrina!