Lesbian Sex Story; We Got To Know Each Other Very Well 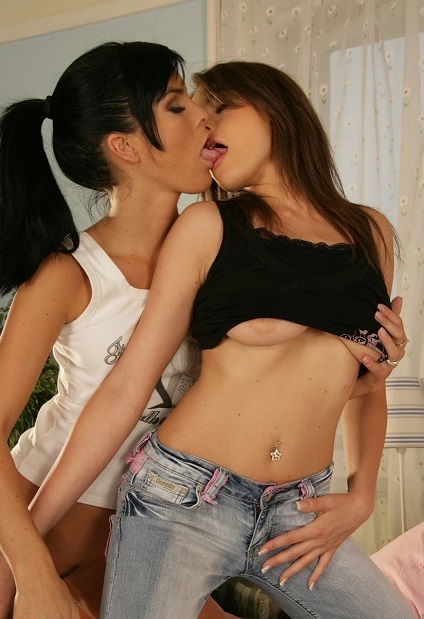 I Never Considered Myself A Lesbian, But..

I have kind of a hot lesbian sex story to share.  So, I moved a few months ago into a new condo building. Working from home, I’m there a lot. Many go out to work, but a few like me work from home and spend a lot of time in the building. There’s a nice gym and pool area I frequent a lot, as do some of the others that work from home. I struck up a friendship with one of the other ladies that are also at the pool frequently. She’s around fifteen years older than me, divorced. We talk a lot and have become good friends.

She Had A Confession

We had lunch together a few weeks ago and after she invited me into her condo to have some wine. I accepted and we had a couple of bottles and had a very nice afternoon and conversation. One of the things that came up was relationships. She confessed that years ago she’d had a relationship with another woman and how much she’d enjoyed it. I was a bit shocked, I’d had no idea. She asked me if I’d ever had an involvement with another woman and I said no. Then she asked me if I’d ever thought about it, and I had to admit that yes. I’d fantasized a few times, but that had been the extent of it. Lesbian sex stories did interest me more than I could admit.

I Couldn’t Stop Thinking About her

With that, she leaned over to me, we were both sitting on the sofa, and she kissed me. I pulled away and was a bit surprised. I hadn’t revealed what I had about previous fantasies as some kind of invitation for her. She apologized and I soon left. I had to admit though, I couldn’t stop about her kissing me. The next week I invited her over for dinner. I had a feeling things were soon going to change in our friendship.

This Time I Didn’t Stop Her

I never dreamed when I met her, there would be some kind of lesbian sex story between us. We had a nice meal and got into another very involved conversation. I told her I had been curious about another woman, but never had met the right person to do anything with. With that, she once more leaned over to kiss me, and this time, I didn’t stop her. I soon felt her hand on my knee and slowly sliding up my dress towards my pussy.

Damn, She Knew What She Was Doing!

It Was So Hot!

She stood up and led me to the bedroom and laid me on the bed. She stripped off my panties and was soon down between my legs licking me. I’d never felt such a soft, intimate kiss there. No man that had ever gone down on me had this level of gentleness. It was incredible. I was writhing on the bed in sheer ecstasy at what she was doing to me. She held open my wet, pink folds exposing my clit and she just flickered her tongue over it until I came. She licked all of my wetness from my pussy and she came back up and kissed me deeply.

This Was A Start To Great Friendship!

I reached down and this time I took off her panties. I knew she was soaking wet.  And I placed my middle finger on her slit and moved it back and forth until she shuddered with delight. I knew this was the real start of our friendship. I had no idea when we met a few months ago things would get like this, but it was really erotic. We both lay there, satisfied and talking about things, people we’d slept with and how we enjoyed this and that. I felt so comfortable with her, it was a different kind of feeling than when you’re with a man. I have a feeling we will be having a lot of fun together. If only the other tenants knew about the hot, lesbian sex story going on right here in the building.

Join me for some hot phone sex. There are never any limits!