Are you into cosplay?  Do you enjoy playing dress-up or having your significant other in sex-ready attire?

Personally, I prefer being naked.  Then again, I rather enjoy feeling desired even more.  When I wake up and get dressed, my outfit has my significant other in mind.  Being naked around the house is simply for comfort and because I hate to do laundry.  Oversaturating my body in aloe, body butter, and oils then laying around in a throw blanket has to be one of the most freeing things ever!  Seriously, I swaddle myself like a baby as I place chamomile or green tea bags on my eyes.

Most of my friends are kinky costume-wearing freaks.   I love it when Hadley puts on her Cat-Woman costume and purrs.  Greg is a great Ant-Man and Zeus.  His balls or so huge in the tight outfit that people simply stare.  Assuming that his cock is that large is hilarious.  Women often molest Greg in public or treat him like a hooker.  Don’t worry, he likes the attention.

Henry is so handsome as a fireman and policeman.  His preferred kinky costume is Spiderman.  Henry can catch me in his web anytime.  Dressing as the same character is something he enjoys as well.  One year for Halloween the entire crew minus two guys were Christina Aguilera.   The more whisky we consumed, the more the guys stepped into character.  It was the most precious treat to see these hairy guys run in stilettos and rock eyeliner better than I could ever.

Snag you a kinky costume or make one yourself.  Sign up for a convention or special party so that you may step into character.  Roll with it.  Play it out.  Let your ego soar high and may the whisky gods be on your side.  Whatever you do, stay away from the tequila.  Tequila makes my clothes fall off like the song by Joe Nichols!

Margaritas!  Tequila Sunrise!  Poloma!  Bloody Maria!  & that Brave Bull will make your clothes fall off!  HEAT WARNING! Leave all of your fine jewelry at home.  I lose at least one earing every time I go out for a night on Tequila.  My bra gets missing.  Somehow, I find myself dancing on a tabletop with no panties on as well.  What the world was the makers of tequila thinking when they made this magic spirit! 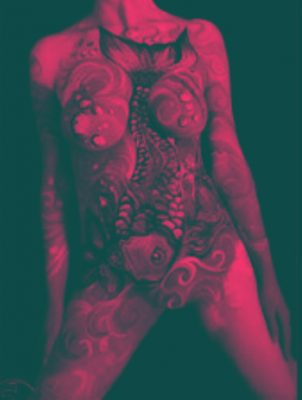 The Festival In The Park

Whose bright idea was it to drink tequila at this festival? I’m slathered in body paint and gold lingerie, posing as a nymph.  Little do they know, I’m a nymphomaniac.  Greg is Zeus.  Hadley is Tinkerbell.  Charles is Einstein.  Roy is Janet Jackson.  Peter is Marylin Monroe.  The list goes on.  We were not content hanging around at the costume party that we were invited to.  It was dry; in dire need of booze and personality.  So we headed to the park for a lantern festival.  There were so many pumpkins, and tasty treats all about.  Somehow, my earings went missing; my mouth flew open and I found myself under Greg’s gown sucking his rod until lightning bolts flew out.

Tiffany, ran across the park butt-ass naked!  She must have been feeling it too.  Terry said her bra was too tight, so she swung it around like a helicopter to the sound of the music coming from the band.  Cocktails turned to shots, and garment after garment fell off.  Hands were pansy, and wigs were flying.  Peter found a vent and decided to see if his dress would fly up.  It didn’t, so Terry fanned his dress until her boobs slipped out of her top.  Roy couldn’t resist and started singing, voguing, and dancing as if he were a Bounce star.