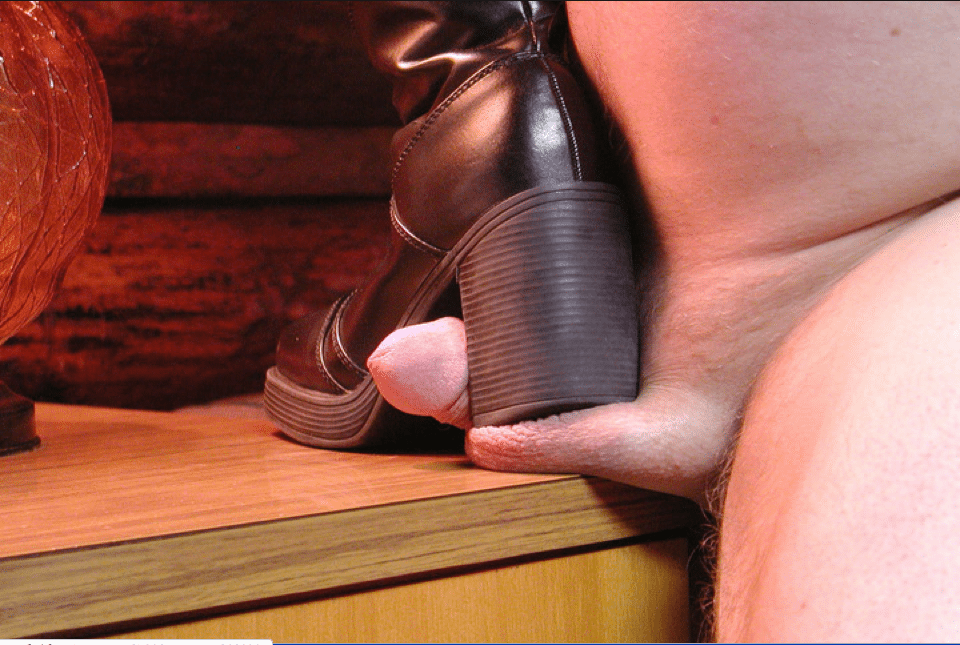 BDSM Sex Stories: Busting Your Balls Until They Bleed! Pain can be a lot of fun and I enjoy it now and again. I don’t just like receiving it in small doses though; you see I also like dishing it out and really going for it. I love it when I can make a grown make weak and have him whimpering and crying in pain. Seeing a strong man be brought so low gives me such a rush. My favorite way to do this is by busting their balls, even the smallest hit can make them whimper and double over. I know Ian’s a total pain bitch and just had to push him to the edge.

I got all dressed up in black latex pants and black halter top then went over to his place. Then, I had him get naked and stand against the wall while I went through his toys. Next, I grabbed a pair of handcuffs because the fun is always ruined when a man tried to cover his junk. Then finally, I snapped the handcuffs on then went to work.

I crouched down in front of him and cupped his balls in my hand. I squeezed them slowly and let my long nails bits into them. They felt heavy and warm and his thighs twitched. My nails popped out of his soft skin and I held his balls tightly and began smacking them. I did it with an open palm and made sure it connected hard and sharp.

He let out little cries as each blow landed on him and his balls got redder. I kept going until he as panting then stopped. Now that I had gotten him warmed up I was ready to kick things up a notch, mainly his balls. I made him kneel in front of me and got the humbler he had lying in the corner. Then, I pushed him down to his knees and put the humbler between his legs, putting the restraints around his ankles. Next, I put my foot down on his balls and pressed on them, slowly adding pressure.

Finally, I pulled my foot back and swung it forward, giving him a good hard kick to the balls. He cried out and jumped as the pain shot through him and before he had a chance to recover I did it again. I then put my foot down on his throbbing balls, pressed down until he gasped and quickly kicked him again. I got into a little rhythm of squeezing, resting and kicking but changed it up so he’d never know which order it would be in. Would I give him two kicks in a row or give him a few seconds for the pain to fill him then kick him again?

The humbler scratched on the ground as he jumped from my kicks and instead of crying out he just made grunting noises, gasps, and choking whimpers. The pain must have been overwhelming and all he could do was hunch forward to try to stop it. My foot is faster than him and found his balls every time.