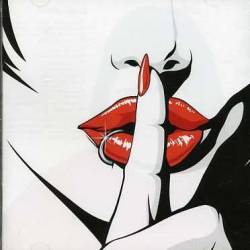 It’s surprising how many ways there are to keep a guy quiet. I used a few of my favorite techniques last night.
I was checking out some DVDs at the library when I started to the guy behind me. His name was Andrew and he had just moved here for college. He said some more things but I tuned him out. He was young and I wanted him, nothing else interested me. I told him it must be lonely moving to a new city and asked if he’d like me to keep him company. He said we could go back to his place, his roommates were home but they wouldn’t disturb us.
When we got to his room I told him to get undressed. He did as he was told and then watched as I undressed myself. I took my panties off last and went over to him. I leaned forward and put my panties in his mouth. I told him we didn’t want his roommates listening to us so it’d be better if he was gagged. I then pushed him back and climbed on to the bed. I got between his legs and gave his hard dick a few slow strokes. I then bent down and ran my tongue up and down the shaft. I ran my tongue over the slit and heard him moan through the gag. I took him completely in my mouth and sucked him hard, letting his dick nearly slide out before taking him back in. I felt him hit the back of my throat and kept going. His hand pushed my head down and he started fucking my mouth.

I asked if he wanted my panties out of his mouth and he nodded. I removed them and straddled his face. I told him that this should keep him quiet for a while and lowered myself. His tongue flicked across my lips before sliding into my pussy. His tongue was rough against my walls as he licked them. It felt good and I grinded my pussy against him, covering his mouth with my juices. I slid a finger in my pussy and kneaded my clit as he continued to lick me. I moved faster and came.
I climbed off his face and wiped my finger on his lips. I moved down and straddled his hips. His dick brushed against my pussy as I lowered myself. I was still sensitive from cumming and having a dick in me hurt in an amazing way. I rode him hard and fast, knowing I’d get a second orgasm quickly if I kept up the momentum. I clenched my pussy muscles around him and he tensed under me.  I reached over and covered his mouth with my hand. I felt his groan vibrate under my palm. He came and I impaled myself on him a few more times before finally cumming again.
I got off him and got dressed. I picked my panties up and gave them to him. I told him to keep them for future use then left.