Infantilizing My Husband — Honestly, it Was Much Easier than I thought ♕ 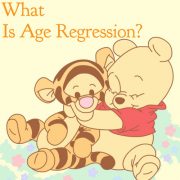 Infantilizing Mark from 30 to 3

Infantilizing Mark was so easy.  I mean, men are all just big babies anyway.  It didn’t take much to turn him from a husband into a toddler.  First, I slowly started to take away certain freedoms.  Since he couldn’t bother doing any of the shopping, all of the money went to me.  If he wanted anything, he’d have to ask and, to better his chances of me saying yes, he learned really quickly how to do with innocent big I thing that kids have nailed down.

Then I started to lock him off from certain parts of the house with baby bars while I cleaned.  I didn’t want him stepping onto my freshly mopped kitchen floor all willy nilly, and you know babies.  Sometimes they just do what they want, and you have no choice but to put them in a play pen.  Honestly, I don’t even think Mark realized infantilizing was what was happening.  He was so comfortable with the idea of losing so much freedom, so I kept pushing it further and further.

Here’s where I first started to get some resistance.  While Mark didn’t really fight naps (I mean, who doesn’t love a good afternoon nap?), bedtimes were a big hurdle.  He wanted to stay up all night watching T.V or playing on his computer, but I knew better.  He’d just wake up tired the next day.  We had to ritualize things.  First was dinner.  I fed him, of course.  Men have big appetites, but can be absolute slobs when they’ve got their favorite meal in front of him.  Now, there’s no mess.  Then, it’s bath time. Adults are so used to taking showers that we sometimes miss the fun and carefree nature of just romping around in a bubble bath with our favorite toys.  Next, his PJ’s went on.  No more sleeping in just boxers, mister.  You wear PJ’s like a good boy.  Finally, a little story before lights out.  After all that fuss, he usually starts winding down.  However, on particularly difficult nights, I ended up bringing out the big guns.

Upon clamping down on my nipples, it’s like all those wonderful feelings of carefree infancy came flooding back all at once.  Face deep in a pair of titties that you love and getting a nice, warm late-night snack at the same time — what more could a little boy ask for?  And since my tits are so big, I have plenty of milk to fill up that cuties tummy.  Let’s not mince words here.  Mark is just the cuties when he’s like this.  When he’s acting like a little baby, I dunno, it just feels right.  Being the man of the house is hard, and some guys just weren’t meant to step up to the plate like that.  There isn’t anything wrong with that.  Still, that did leave me with one problem.

Every good boy deserves a Daddy

Mark needed a daddy in his life — one who was willing to be the man he was never really made out to be.  Someone strong, motivated, and…hung.  Hey, it can’t always be about little Markie.  That’s what he had to learn once I put up the play gate at his room and went into the master bedroom with his new daddy.  Now, the transition to baby-dom isn’t one hundred percent 1 to 1.  There are certain things Markie just can’t unlearn.  Like what it means when mommy makes those loud noises through the wall.  Mommy is getting fucked.  Judging by how much the bed is squeaking, Markie knows I’m getting it really hard and, unlike Markie, his new daddy gets to walk around in boxers.  He’s seen that bulge and knows exactly what I’m taking every night.

There is something about Infantilizing that makes Markie’s brain work differently though.  For some reason, the sound of mommy getting fucked gets him hard.  He’s accepted the fact that he could never be the stallion mommy would have needed him to be, and his little dick is just happy for mommy.

Are you a momma’s boy?  Give mommy a call on her phone sex line and tell me what kind of momma’s boy you are.