Incest Sex Stories: My brother and Stepbrother have their way with me ♕ 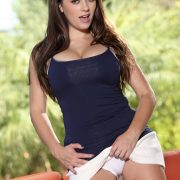 Incest sex stories: My brother and stepbrother have their way with me

My big brother Brian and our stepbrother Sam were always checking me out and I knew they would fantasize about me. It was obvious by the way they would lick their lips when the looked at me, or the whispering when I would walk by them. Although I knew they were sexually attracted to me, I never fed into it in any type of way. In my mind, it was just a phase that they were going through and as long as I didn’t fuel the fire, that it would pass at some point. I never thought that their incest sex fantasy would turn into reality.

Little did I know, there was much more to Brian and Sam’s attraction. Soon after I noticed their attraction, I realized things were much deeper than I had thought they were. We weren’t home alone often so they never really made a move on me. Of course there were a few times were they did silly things like pull my towel off when I got out the shower. A few times they waited for me to walk by and they pretend to attack me and wrestle with me. But it wasn’t really wrestling. They would hold me down and grope me and pretend that they were doing wrestling moves.

They finally had their opportunity to fulfill their incest sex fantasies one night when our parents went out for the night and left us home alone.

I would usually spend the majority of my time in my room. This particular night I did the same thing. I stayed to myself and just hung out in my room. It seemed like I was in the clear since I hadn’t heard anything from Brian or Sam. So I decided to shower and get ready for bed. Even at that point, it was odd because I was expecting one or both of them to be waiting by the bathroom door after I got out of the shower like they usually did. This time was different. I could hear them both downstairs and neither of them came to bother me when I got out of the shower.

There was a weird sense of comfort that came over me. It seemed weird because it wasn’t normal, but it was comforting because I could relax and not worry about being bothered. So I did my usual after-shower routine, putting in my lotion and brushing my hair. I put on a tank top and boy shorts to sleep in and climbed in bed. Normally I would watch t.v. until I dozed off but I felt like listening to music instead.

I turned on my radio and turned off everything else and just let the music play until I fell asleep.

It seemed like I was dreaming because I felt the cover slide down to the foot of the bed. But I knew that I was sleeping so I didn’t feel real. After the cover slid down I rolled over re-positioned myself to get comfortable again. Then I was back in a deep sleep again after a few moments. The next thing I felt woke me up completely. I felt my boy shorts sliding down and at the same time, I felt someone playing with my nipples. I opened my eyes and saw that it was Brian and Sam in bed with me. So I screamed and tried to break free from their hold on me but I had no luck. At that moment, in my mind, I knew that they were about to explore their incest sex fantasies and I couldn’t do anything about it.

Sam had pulled off my panties and wrapped my legs around his neck, and started licking my pussy. As gross as it was, the thought of my stepbrother licking my pussy. The physical feeling was much more powerful than the gross thought. It felt really good. At the same time, Brian started licking and sucking my nipples as he laid beside me stroking his cock. There was a moment of disbelief where felt like there was an angel on one of my shoulders, telling me this was wrong and I needed to find a way to stop it. At the same time, I felt like there was a devil on my other shoulder telling me that it was too late to turn back now and the feeling was far too pleasurable to end it.

So, I stopped trying to fight it. I let myself enjoy every second of this incest sex experience.

Before it was all over, I had both cocks in every hole and I loved every bit of it. I couldn’t believe that I had given in to my brothers incest sex fantasies and enjoyed them just as much they did.

Tell me about your naughty fantasies. Let’s exchange stories and have some incest phone sex!