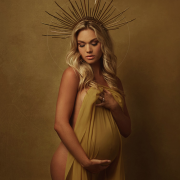 She found the phone sex story intriguing and found herself going down the rabbit hole of kinky blogs. Since the beginning of the pandemic, Mary Ann found herself going through a bit of a dry spell. Additionally, she was out of a job, as all Miami Beach bars and clubs were closed, and hospitality had been her industry since her late teens. Living in a world of uncertainty, she saw an advertisement for Phone Sex Kingdom. It was as if the pearly white gates had opened and she could see the light shining through.

“Maybe I could a write phone sex story.”

Mary Ann said aloud to herself. “I will listen to guys cream for me and get money to do it!” Simultaneously she could spend her days pleasuring herself as her callers did the same. She made the call to apply and Voila! This little lady got the job. Mary Ann enjoyed the vast variety of men that called her, and that each had their own fantasy she could satisfy. Things suddenly took a change when one late Saturday night she got a call from Richie. Richie was a panty-boy, crazy for BBC, who loved to deepthroat her stilettos. He loved to wear her pantyhose as much as he loved washing them by hand. He waited for the day he could open a package and find her lovely panties laying before him, neatly placed in pretty wrapping and smelling like her.

It was a very quiet night.

Mary Ann saw Richie’s number pop up on the caller ID and she happily answered. This night was different, strange. When Mary Ann answered the phone, she heard nothing. It was as if her eardrums had been pierced and her hearing had been magically taken away through the phone line. As quickly as her hearing was gone, it came back only to hear “Yum, Yum, Richie likes to eat…” Before she could hear the rest of his sentence electricity soared through her phone line. The current moved through her body, with bolts of light coming through every orifice. She awoke hours later, finding the phone still in her grip. Fumbling the cordless, she finally placed it to her ear. Once again, silence.

She clocked out for the night.

“Well, this is a phone sex story for the ages.” Little did she know the story had merely begun. Mary Ann awoke the next morning clutching her belly. “What the fuck!” She screamed aloud. Her belly was round and her feet swollen. Her skin was glowing, and her tits were even bigger than normal…and leaking. She ran outside with her milk-stained white shirt. She looked around and saw life operating as usual. “What had changed?’ She thought to herself. Mary Ann emailed Richie to set up a call.

She stood in front of her mirror looking at her changed body.

After, she laid down onto her soft bed and slowly let her eyes fade. She caressed her belly and made her way down to her pussy. She rubbed and fingered and came to full orgasm. Shortly after, she looked down to see a new being laying between her legs, crying. A loud ring came to her, making her grip her ears and scrunch her eyes in pain. Opening her eyes again, the little human vanished, and it was as if the whole thing was just a dream.

The phone rang, and she opened her skype for their call.

When the camera turned on, she saw a row of 20 cribs. Together with diaper boxes piled to his waist and he was holding what looked like formula and bottles. With the sounds of early life crying into the microphone, Maryann looked up towards the sky out her window, and then slowly closed her laptop.