I Just Can’t Say No to His Tongue 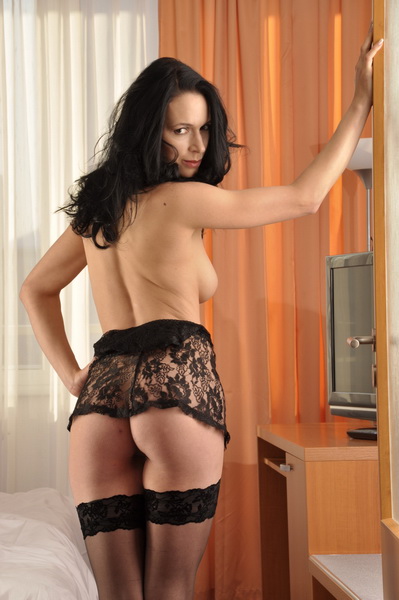 About two weeks after our breakup, I received a text message from Clark asking if he could stop by to pick up some of his things which were still at my house.  I had just woken up and was still in bed when I read it.  I texted back that any time today was fine, I didn’t have any plans except a late afternoon yoga class.

Ten minutes later, he was at my door.  I hadn’t even gotten my ass out of bed yet and here he was, knocking on my door.  I grumbled as I threw my silky bathrobe on over my naked body and dragged my tired ass to the front door.

“I didn’t think you’d come over immediately, Clark.”  I said as I let him in.

“Whatever.  It’s just too early for me.  Your stuff is in my bedroom closet.  Come on.”  I led him into my bedroom, a place he was all too familiar with.”

He stuck his things into a shopping bag as I sat on my bed watching him.  He whistled annoyingly as he packed his items and glanced over at me.  “Naked under that robe, aren’t you?”

I laughed.  “You know I like to sleep naked.”  I replied.

“Yes.  Such easy access to you that way.”  he smiled wickedly.  “I miss being able to just lift the covers and start licking that delicious pussy.”

I smirked at him and nodded.  He was waiting for a reply but I didn’t give him one.

“Whether I miss it or not is irrelevant.  We’re broken up.  Remember?”  I said, a bit more snootily than I had planned.

I feigned disgust.  “Oh, grow up, Clark.”  I crossed my arms over my chest and glared at him but a smile was threatening to spread across my face. “Just take your things and go so I can go back to bed.”

He dropped his bag and put his hands on my shoulders, pushing me gently onto my back.  “By all means, Sabrina, get back in bed.  I want to see you lying there, as if you were waiting for me.”

I was on my back now, looking up at him and I couldn’t help but laugh.  “If I were truly waiting for you, I wouldn’t be lying this way.”  I said.  I lifted my legs, pulling them towards my chest, exposing my luscious and creamy pussy.  “I would be roughly in this position.”  I said.

He had to get to work and I kissed him goodbye at my front door.

“Do you really want to stay broken up?  Why did we break up in the first place?”  he asked.

I started to respond but stopped because after that fantastic lingual performance, I realized I had no fucking clue why I would ever break up with someone as talented and eager as Clark.

I shrugged my shoulders and said, “I don’t remember why we broke up.  It was probably for a pretty stupid reason.  Come over after work and we’ll talk about getting back together.  AFTER you eat my pussy again, of course.”