I Humiliated Him for Having a Small Dick! 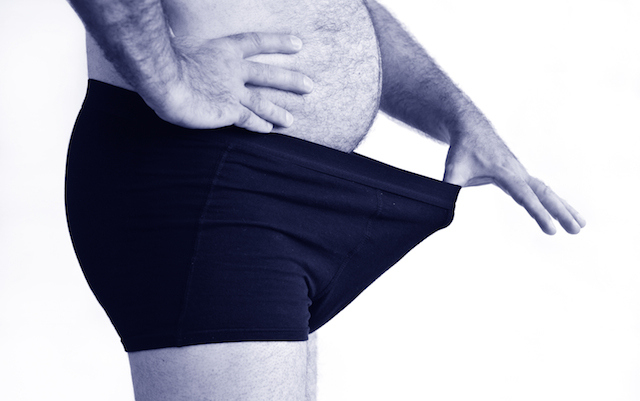 My friend Alicia and her husband Tony had a dinner party last night. It was a great evening until I tripped on my way out the door and realized I wasn’t driving home that night. I crashed in their guest room and slept in well past my usual wake up time. Alicia had already left for work but she’d taken my keys last night so I went to look for them in her room. I figured her husband had already left as well so I didn’t bother knocking and ended up walking on him getting dressed.

A second after I realized he was naked my eyes shot down to his dick. It wasn’t on purpose, it’s a reflex with me; naked man=dick. I finally found it but it took a bit of effort. He wasn’t hung at all; he just had a tiny stub nestled on a patch of pubic hair. I burst out laughing and he looked up, finally noticing me. He tried to cover himself up but it was too late for that. I went over to him and pulled his hands away from his dick. “Now I know why Alicia’s never bragged about her sex life.” I pinched his little dick with my thumb and forefinger. “What a small dick! Are you even capable of fucking a woman with this? Poor Alicia.” I let him go and he stood there blushing like an idiot, he had no idea what to do.

I noticed that there were two bedside tables, one on each side of the bed. One had an alarm clock on top while the other had a bottle of lotion and nail polish on top of it. I sat on Alicia’s side of the bed and opened her bedside table. Nothing but odds and ends in the top drawer. I opened the second one and found a seven inch vibrator. I picked it up and held it between my hands. I showed it to Tony and said “Oh, now I know what keeps her happy at night. I moved my fingers down the length of it while he watched. “Yeah, that is definitely better than what you’ve got. Does she use it in front of you or does she pretend you’re good enough then waits until you’re gone before she gives herself a good fucking?” I stood up, lifted up my dress and took my panties off. “This is what Alicia has to do because you’re so fucking pathetic in the dick department.” I told him.

Calling all losers with inadequately sized dicks!  Let me tell you how pathetic  you truly are!