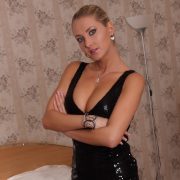 Hide Under Your Covers for This Horror Sex Story!

Well, I still don’t understand what made me think of this horror sex story. Perhaps it was due to the bad dream I had the previous night after slipping under my blankets. I’m trying to remember, did I watch a scary movie earlier? To be honest, I don’t think I ate anything out of the ordinary that would elicit a bad dream.

So in my dream, more like, a horror sex story, I think I was someone else. I don’t remember seeing my face and body in the dream. Have you ever had a dream where you were someone else entirely?

I will try to recall the nightmare to the best of my ability. So in this dream, I remember that I was a bad person. Moreover, I was an evil woman. I can’t imagine why I would stoop to such evil except that I was a hungry woman.  Hungry for what you may be asking? I was so hungry for food, but not just for any kind of food.

There was this creepy neighbor who lived a few houses down the street.

Well, we all have weird neighbors don’t we? I think all in all, we all strive to get along with our neighbors but having a creepy neighbor takes things to a whole new level.  For the purposes of this horror sex story, I’ll call him Creepy Neighbor.

Creepy Neighbor became quite the stalker. Instead of coming over to talk to me, I’d see him lurking around close to my house. He never tried to engage me, just kept staring at me. Several times I caught him trying to look in the windows.

Every human has their issues. I’m definitely not innocent. Long ago, I had a meal when traveling abroad that tasted so succulent, I thought I had gone over the moon to paradise. The meat was seasoned just right not too overcooked, but just the right amount of seasoning. I remember the unusual smell of the juices from the meat as I cut into it. Then sometime later, working in my garden I accidentally cut my hand open.  I smelled that familiar heavenly smell again coming from my hand. Was the meal I had while traveling, from the unspeakable? I shuddered, feeling quite excited at that moment.

Well, I guess in a way this is a sexy horror story. The arousal I got when I smelled the flesh was almost enough to make me cream my panties. I’m sorry to say, this is not one of those romantic food sex stories. I tried to banish these feelings from my mind to no avail.

So, in my sexy horror story dream, I was reading in my bed and heard a noise downstairs, then the shattering of glass. My heart started beating so fast. Feeling more afraid than I have ever felt, I went downstairs in the dark. There was a man in my living room trying to take my TV. He saw me and made chase. I ran to the darkest place, under the house to the basement. Why I would do something like that, I don’t know. It was a dream after all.

I wanted him so bad.

The burglar took the bait and went after me. I hid and when he was turned away from me, I let him have it. I tripped him hard and he fell on his hands and knees. When he fell he must have cut himself, I smelled that succulent juice and all I could think about was making him my next meal. I was so hungry and felt the rumblings in my tummy and loins. I couldn’t wait to have some fun with him before making him my supper. While he was down he tried to crawl around to look for me. His world went dark as I pressed a cloth to his face and he suddenly felt the urge to sleep.

Join me on Halloween for the conclusion of this tasty horror sex story.  If you are in search of a twisted phone sex operator who will go there with you, I’m the girl for you.