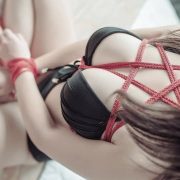 One time we switched roles four times on one fetish phone sex call. It was fucking amazing! The icing on the cake was the time between scenes when we’d check up on each other. We were so sweet for those brief moments. Inevitably though, something one of us said would lead us back down that kinky road to bliss.

Don’t you want to be among my favorites?

Bring me your wildest, kinkiest ideas and watch me weave them into fantasies beyond your most deviant dreams. Babydoll likes to keep me humble, but even he can admit that I’m damn good at twisting darkness into pleasure. If you’re shy you can just tell me what you like and stroke that cock while I whisper all the depraved thoughts that have been trapped in my mind all day.

I bet my Barbie is laughing at me right now, actually. He’s seen my submissive side…something that I rarely allow. I consider myself very accommodating…Remember that scene from The Lion King where Mufasa shows Simba that everything the light touches will belong to him? Well, everything that has been swallowed in darkness belongs to me. I revel in the taboo, and always urge you to do the same. But at the end of the day, it’s my domain.

When did I say I bet he was laughing before? It’s not a bet anymore. I’m being too cocky. If we were playing right now, whether in a scene or not, he’d be on the verge of fully humiliating me. Maybe he’d be putting the O ring in and making me try to say tongue twisters. Who knows? He’s pretty creative but one thing’s for sure: he’d be reminding me of my place.

So far, he’s the only forced feminized man to rein me in, though. Basically what I’m saying is don’t expect me to be your humiliated Domme unless you know what you’re doing. I don’t break easily and I will test you at every turn even if you do manage it. You can take it as a challenge if you like…but if you do, then you’ve already lost.

At this point, I’m not even sure he’d respect it if I did it any other way.

I did say turnabout was fair play, didn’t I, L?