Gym glory hole — and you’re on the other side taking the orders! ♕ 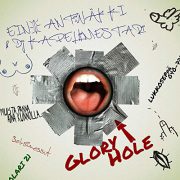 Gym glory hole near the back of the gym has always been a bit of a mystery ever since you signed up.  Not anymore, though.  There were two kinds of memberships at Duke’s Gym; bronze and gold.  You were low on cash and in desperate need to get in shape.  It’s always the poor bitches that end up in these types of situations.

The bronze membership was so cheap!  You couldn’t believe it.  Access to all the equipment AND the sauna and pool for just five bucks.  You signed up before reading the fine print because, well, who reads the fine print of a contract really?  You didn’t know there was a stipulation or that you’d have to ‘work’ for the right to touch a single dumbbell.

The sight of a glory hole at a public establishment took you by surprise at first.

It was just…there.  Out in the open in the locker room.  Still, no one complained about it.  Even the gym owners didn’t seem to be bothered by it, even though it was clear what a hole like that was for.  You witnessed that first hand as you got dressed in the back and watched a big, beef, black guy go to it after his two-hour workout.  He whipped out his cock and it looked like a third arm!  The fact that he was using it post-workout also caught your notice.  He cock must have been extra salty and sweaty, too.  You watched as he fucked the wall — or rather the poor throat behind it — until he nutted extremely hard.

“Where do you think you’re going?”

Someone catches you by the shoulder.  “Pay your dues, bronze boy.”

Bronze boy?  He did they…?  It was probably because you were so puny.  No one who was jacked would be a bronze member.  “What dues?” you ask.

The guy started smiling and elbowed the gym owner to get his attention.  “This guy didn’t read the contract.”

The gym owner started laughing.  “He signed it though, right?”

“Well then put him in the hole.”

As if you could protest against such a ripped dude.  He dragged you so easily to the back, took you through a door, and sat you on a stool on the other side of that glory hole.

“You’re not coming out until you do at least three, bronze boy.”

Now you realize why it was so cheap for you to join this gym.  You also realize why it had so many patrons.  Access to gym equipment and free blow jobs at any point during your workout.  Talk about incentive to get buff.  It wasn’t long before your first customer arrived.  Rock hard and ready to go, his long member slid right in front of his face.

“Get to work bronze boy.”

You didn’t have much of a choice.  There was no way they were going to let you out if you didn’t comply.  You weren’t gay, though.  So why was your mouth watering?

Are you gay if you suck dick for a discount?  Let me know your opinion on my phone sex hotline.

One Reply to “Gym glory hole — and you’re on the other side taking the orders! ♕”