Group Sex Stories – Fucked By a Nest of Vampires* 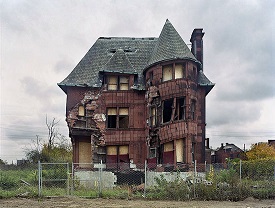 So, I was at this Halloween party and it wasn’t long before I knew I had way too much to drink. My girlfriend that came with me wouldn’t stop hitting on me all night. Normally, I would have taken her home because that’s how I am. Tonight just wasn’t a good night.

It was about two in the morning when I’d decided I’d had enough. I wanted to go home and pass the fuck out. My girlfriend, so kindly, offered me a ride home.

Bleary-eyed and exhausted, I didn’t pay attention to the turns she was making and I quickly nodded off into a light sleep.

She shook me hard and woke me up.

I blinked and rubbed the sleep out of my eyes. Glancing up I saw where we were and I almost puked. I was still feeling the effects of having too much to drink. The clock on her dash told me we’d been driving about two hours.

She pulled me out of the car and dragged me up the crumbling walk of the dilapidated house. I stumbled and provided little resistance and we tromped through the doorway. The door was open and hanging off its’ hinges.

When we went into the basement, I about fell down the stairs. My head was swimming and my intoxicated brain was trying to process what was happening. My girlfriend called out something, but I couldn’t make out what it was.

Movements in the shadows caught my eye.

Before my ill-adjusted eyes could blink about 5 guys were on me. They were tearing at my clothes with sharp nails and biting my neck with equally sharp fangs. I felt several hard cocks pressed against my naked body.

Moments later, I was sandwiched in the middle of sex-crazed vampires. I had a cock in my pussy, one in my ass, and the other three were humping my legs. They switched positions but never loosened their grip on my body.

They drank my blood and fucked my holes. Before the sun came up, they all came in my mouth. I fell asleep in the abandoned house and I knew my girlfriend brought me here on purpose.