I Can’t Resist My Golden Shower Fetish, Can You Satisfy It For Me?* 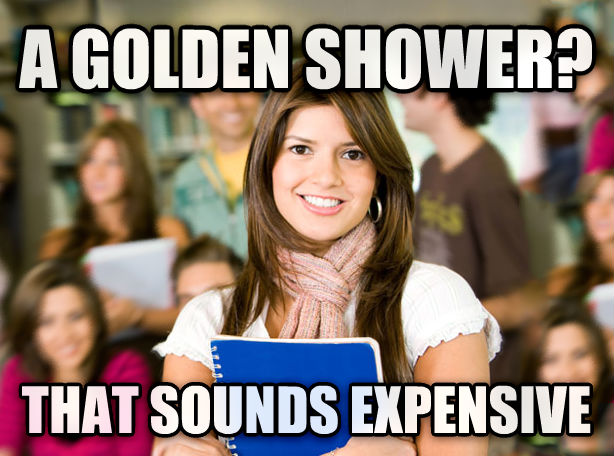 I Can’t Resist My Golden Shower Fetish, Can You Satisfy It For Me?

I can’t resist my golden shower fetish, can’ you satisfy it for me? Turned Luke into a dirty little golden shower fetish bitch the other night and it was so much fun. He has a piss fetish and I thought it would be really nice of me to surprise him with one. Of course, I wasn’t just going to give it to him, he had to earn it first without knowing he was earning it. I thought about it for awhile and when I saw him wearing jeans that were just a bit too tight, I knew what I was going to get.

He has a really nice ass, one that you just want to grab and smack. I kept picturing that ass in the air, waiting to be fucked and had to have it. I asked him to grab a pizza and while he was gone, I knocked back a ton of ice-cold brews. By the time he got back, I was on my way to being full and managed to drink a bit more while we ate. Afterward, he got up to clear the table and I went up behind him, putting my hands over his eyes. “Are you ready for dessert?” He nodded and I took him to the bedroom, trying to ignore my throbbing bladder.

“I’m going to fuck you so hard!”, I told him and he smiled, reaching for me.

I felt my bladder spasm as I rubbed lube over his hole and pushed a finger in to loosen him up. I then put the tip against his hole and pushed inside him. He groaned and shifted as his hole was stretched wider and I didn’t stop until it was all in him. I began fucking him and every time I moved I felt all that piss in me slosh around like a big heavy ball. The faster I moved the harder it was to not piss and I gave little gasps as a drop leaked out now and again. I kept going, fucking Luke until he pushed back, wanting more. Gave it to him and listened to all the noises he was making.

I was dying to piss so I began ramming his tight hole until he was moaning non-stop from all the hits to his prostate.

His back tensed up and I pushed in deep as he started to cum. When he was done I roughly pulled out and slipped off the strap-on. Luke was lying there panting and I straddled his face, a drop of piss leaking out of me as I squat down. “Open wide, mother fucker!” I shouted and relaxed my muscles. I began to piss all over his face, some of it landing in his mouth and the rest spraying over him. It felt so good to finally let it all go and I moaned as my stream hit him hard. I clenched my muscles, squeezing out every last drop and sighed with relief.

Luke was soaked in piss and with all that beer I drank earlier, I knew I was going to go again soon so I made him lie there and wait for the next round. That’s when it dawned on me that Luke hadn’t had the chance to shoot his load and that’s when…….. I am eager to tell you every juicy detail, of my golden shower fetish through no holds barred kinky phone sex! Our fantasy is just a call away!