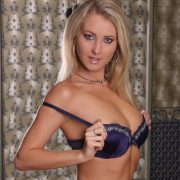 There Is Nothing Better Than a Virtual Sex Lesson!

Yes, I did say virtual sex lesson. Why would one need a lesson on how to have sex when most of us know how to do this? Of course, there is nothing wrong with vanilla sex, but there are so many ways in which we can have fun together.

Wasn’t there a time long ago when we needed to learn how to have sex?  At first, we started off a little shaky, but as we learned what we liked, we got better. Some of the best people to break in are first-timers.

So, I have this hot friend…

There is this friend, who is hot beyond belief. His name is Jim. There is something so very tortuous about hanging with him. No, we have not gone to bed together, but wish we could. I have fantasized so many times about what it would be like to fuck him.

I’m not sure if it’s his charm, his body, or the fact that we flirt, but nothing has happened and that always makes me so worked up.

Barring the first factor, if he was totally on board, I’d fuck him so good that he would not want to go to work the next day. So anyway, in my dream when he comes over to my house, we talk then kiss passionately. Then we go to my bedroom where we slip under the soft sheets and fuck and let out our pent up energy.

Well, the subject of phone sex came up and I decided to give him a virtual sex lesson.

To be honest, I never thought that I would have the chance to give a virtual sex lesson. I guess this would have to do.

He told me that his girlfriend has been away on business for so long. They do not live together but talk pretty often.

In any case, he called me to talk.

Well, talking led to so much more than I ever anticipated. First, we exchanged the usual pleasantries, talked about our week, then he dropped a bombshell. He told me that he had been giving what I had said a serious thought.

At first, I was a little confused but pressed for more details. Jim told me he was ready to spice up his life. For a moment I had my hopes up, but then realized that nothing would come of it regarding us. He wanted to know how to have some fun while staying true.

For virtual sex lesson number one, I told him to relax.

Jokingly, I told Jim the clothes had to come off, but not the boxers. Next, I instructed Jim to get under the covers. I wanted him to feel the smooth sheets on his skin.

I told Jim to close his eyes and picture his sexy girlfriend kissing him, loving him. Softly I instructed Jim to touch himself over his boxers. His cock instantly sprung up from the light touches. A low moan escaped his lips as his hands squeezed his throbbing tool.

As he progressed, Jim told me he pictured a lady so beautiful your eyes hurt. For the first time, I didn’t hear him talk about his girlfriend, but I wanted to go with it. He pictured her soft mouth kissing his skin and slowly undressing him.

Higher and higher he flew to new heights.

This virtual sex lesson was so hot, I couldn’t help but strip down to my panties. His lovely vision teased him all over his body with her lips and tongue. She grew so excited she sat on his face and he licked her juicy slit. The nectar which came out as she came drenched his tongue like sweet wine.

Then I told him to use some lotion on his hand to stroke his dick. The lotion slowly dripped from his hands down his shaft as I talked about her climbing on top of him. Her tits were so bouncy. Jim sucked them into his mouth and nibbled on them.

Jim’s hips arched as the lover of his wet dream rode him so hard. Her pussy squeezing his dick. The end was so close, but he didn’t want the time to end. All he could feel was her delicious body riding him so good.

They would spend so many hours teasing, licking, fucking, and role-playing the whole night away. There are some other confessions that he told me later on, but that is for another story.

So, what did you think of this quick lesson I gave my friend? I’d love to hear your first time virtual sex lessons or the first time experience.

Call me for your steamy phone sex fun!