I learned that I have a taste for fucking strippers! 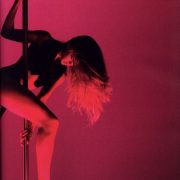 I ended up fucking strippers at my older brother’s bachelor party!

The first strip club that I ever went to, and I end up fucking strippers in the changing room. It was my older brother’s bachelor party, and I got to attend. Want to know why? The girls said I would fit in better with the boys. I offended those prude bitches a while back with a joke about pornography and I suppose little miss bride felt frightened of my potential to ruin the bachelorette party. So, they stuck me with the guys. None of the guys complained. I got along with them better and I was always down for whatever they wanted to do. So, needless to say, when the guys suggested we go to a strip club, I was down.

They didn’t even need to ask; they already knew I would feel interested, and that I would keep my mouths shut from the prude girlfriends. We all had flown down to Florida for the wedding. We found a cool little strip club and scheduled a time for the VIP lounge. Then we arrived and there was a handful of strippers. Probably enough for each of us to have one. They all had different costumes too. One was an angel, one was a country girl, one was a cop, one was dressed in tight leather, one had a school girl nerd thing going on, and the last girl had on booty shorts and a gold bikini. The straps of the bottom were visibly peeing out from the tops of her shorts.

The girl in tight leather approached me while all the other guys prepared to receive a lap dance or watch their buddies receiving dances.

She and I began to chat while she gave me a lap dance. I told her about my work and that I usually receive money for sex and not the other way around. She found me amusing. We talked about our jobs and what we liked. Pretty soon the lap-dance ended and she was basically just sitting on my lap talking to me. Everyone else was slowly beginning to get more and more fucked up. The girl in my lap asked if I wanted to go chill with her and some other girls back in the dressing rooms. I followed her back and only one other girl sat in the dressing room. She wrapped her ankle and her eight-inch heels leaned against the chair that she sat in.

The girl in leather shorts and a leather bra was a medium height Latina girl. She had a huge head of jet black curls, a tongue piercing, and juicy tits. The other girl that I was introduced to had more of a femme fatale look. She had dyed red hair that was curled in sort of a fifties style. The stripper was taller and thinner with bright red lipstick to match her hair. She had on a black and white polka dot bikini top and a pair of short, high-rise jean shorts. To top it all off, she wore a blue ribbon to tie up that hair. She took some sort of pill capsule and popped it open on the counter. Then she proceeded to snort the substance.

She called out of the dressing room for a bottle of champagne and one arrived.

They popped it open and we all shared and chatted. The girl in leather kissed me and I realized exactly how the night would turn out. We kissed and the other girl stripped, but fully this time. Pretty soon they were both naked in front of me and they took turns undressing me. The guys had no idea that I was in the back fucking strippers. I slid my hand between one of their legs and fingered her while the other one ate me out. Then I observed, shocked, as the girl in leather fucked the other girl with the empty champagne bottle! She came all over it and the inner rim of the bottle turned creamy from her pussy juices. These fucking strippers were crazy! Then, I came to getting eaten out and fingered in both of my holes by both of them.

For hot phone sex, give me a call!  Read more of my blogs for fucking straight girls!