I Love Fucking Straight Girls into Bisexuality and Corrupting Them. 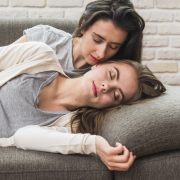 I never knew that fucking straight girls would become one of my favorite sexual activities!

I started fucking straight girls a while ago at a Christmas party. She was a slight friend of mine. We were not close enough to have my moves on her ruin a friendship, but we were just close enough for me to make flirting with her clear. At the Christmas party, I wore a tight red faux suede dress with no back. She wore this cute little green lace strapless dress. She had short black hair. No one has hair like that and is one hundred percent straight. She was tiny like me and probably weighed no more than ninety pounds. I knew that she did not have a boyfriend, and I was recently single.

I kind of invited her as a courtesy, since she had told me in our English class that she could not go home for Chrismas. That she was stuck here and alone. When she came over,  it was clear that she felt a tad out of place with my friends, but once she saw how accepting we were, she blended right in. My best friend got her a shot of tequila. She was a lightweight and I was a heavyweight. For every one shot she took, I would have had to take three, even though she was a bit curvier than myself. We all hung out and played card games when everyone arrived. I gave her a tour of my apartment, which was a two-bedroom that I split with my best friend.

We ended up chilling in my bedroom for a bit.

We had previously discussed in my English class that she was straight and that I was pansexual. I explained to her that I fuck whoever I think is attractive, regardless of the parts that they have or what they identify as. At the time, she seemed rather interested but scared to inquire any further. However, with one shot in her, in my bedroom, she was all questions and curiosity. I told her that I liked eating pussy, and that is when I saw it. This flash of interest in her eyes. She was hot. I decided that I was going to give fucking straight girls a try. I was in the mood for a challenge anyways. Then, I reached out and brushed her hair behind her ear.

Then I told her that I thought she was pretty and that I was attracted to her. She tensed up and reiterated that she was, in fact straight. Sure she was. I told her that she could be straight and curious about other girls still. Then I asked her how she knew she was straight if she had never slept with another girl. She laughed and I leaned into her. I placed my hand on the back of her neck and lightly pecked her on the lips. Then she grabbed my face and kissed me deeply. I placed my hands on her tiny waist and turned her so I could climb on top and straddle her. Then, I asked her if I could take her dress off and she just raised her arms and looked up at me.

I slid it off and all that remained was her panties.

She slid my dress off shortly after. She just sat there, staring at my bare tits. Then, she slowly reached out and touched them. I loved every minute of it. I played with her nipples and then my hand traveled down underneath her panties. As she began to squirm, I couldn’t take it anymore. I dropped to my knees and pulled her forward and planted my mouth over her clit. Then I sucked/ licked her clit while I slid my fingers in and out of her slowly and steadily. She came all over my face. Then, she told me that she wanted to return the favor, so I slid my panties off and taught her how to eat my pussy.

For teen phone sex give me a call! Read more of my blogs for lesbian ass play!