Fucking My Best Friend’s Father: Seduction on a Sunday Morning! 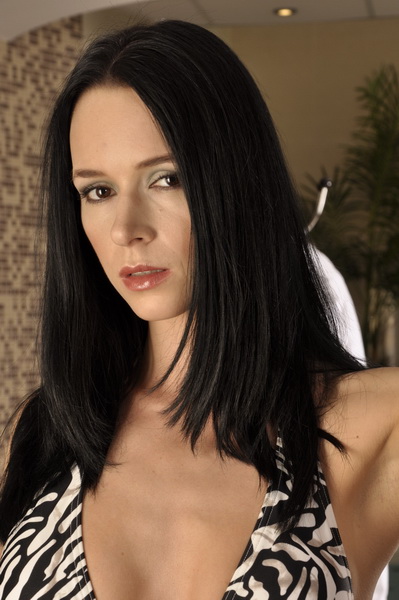 Seducing and fucking my best friend’s dad was the last thing I expected to do that Sunday morning!

I paid my own way through college which meant I was always broke.  I lived off tuna, ramen noodles and cheap beer.  I worked various jobs to keep myself from starving, including cleaning homes and offices, waiting tables and working as an office temp.  I really envied those other students whose family paid their way and afforded them an easy college life.  My friend Pete was one of the fucking lucky ones.

He lived in a really nice and spacious apartment off campus, just three blocks away from my cramped little studio apartment.   Pete and I had the same friends and the group of us usually hung out at Pete’s house to drink and get high (aka study group).  Pete was a good guy and took pity on me very often.  He gave me the key to his apartment and told me I had an open invitation to come over any time, whether he was home or not, and raid the fridge, use his washer and dryer, or just hang out and watch cable ( a luxury I did not have).

One Sunday morning, I woke up ravenous.  As usual, I had next to nothing in my fridge so I called Pete’s cell phone to ask him if i could cook him breakfast at his apartment…with his food, of course.  No answer.  I tried a few more times, then got dressed and walked the three blocks to Pete’s with a laundry bag over my shoulder.  I figured I might as well eat and get some of my laundry done at the same time.

I knocked lightly and waited just a few seconds before letting myself in.  I took some eggs and ham out of the fridge, cooked it up and devoured it greedily.  Next, I emptied my laundry bag into his washing machine which was in the kitchen.  I took off the t shirt and shorts that I was wearing and tossed them in there as well and was now standing in my bra and panties.  I put some music on and cleaned up a bit, Pete had quite a few dishes in his sink.  A fucking mess, as usual. I turned up the music and shook my ass to the music as I washed the dishes.

Suddenly I heard an unfamiliar voice behind me.  “Hello, miss?”  I turned around and was face to face with a man, about mid-fifties, hair tousled, wearing a bathrobe.  This must be Pete’s father, I quickly deduced.  I quickly turned off the water and the music and walked over to Pete’s dad, with my hand stretched out.  “I’m Sabrina, a friend of Pete’s.  You’re his father, right?”  He looked stunned and shook my hand.  “Yes, I’m Floyd Smith… uh… nice to… meet you.  You’re in your underwear!” he sputtered at the end.

I looked down at my almost nakedness and shrugged my shoulders.  “Yeah… it’s laundry day.”

Floyd Smith tried to hide the fact that he was admiring my body. I didn’t mind it, he wasn’t such a bad looking man.  He self consciously smoothed out his hair and straightened his posture, apparently this was his “all business” attitude.

“Well, young lady, we can’t have you running around half naked.  Let’s get you something to wear.”  He walked back into the bedroom he was occupying and was surprised that I followed him.  “This is my son’s bedroom.”  he said.

“You DO?”  he eyed me suspiciously.  “What exactly is the nature of your relationship with my son?”

“I see, yes.” he looked around nonetheless but came up with nothing.  “I guess Pete needs to do some laundry himself, the slob.”  Floyd muttered as he noticed the piles of dirty clothes in Pete’s closet.    He turned again to look at me, sitting on the bed with my legs crossed, one foot swinging casually.  His eyes roved my body quickly and I saw his face redden slightly.   I glanced down and noticed that his bathrobe had shifted and I was able to clearly see that he was getting a “rise” down there too.

“Why don’t you let me wear that bathrobe you have on?”  I stood up and walked closer to him.  He hesitated a second and slipped it off quickly and handed it to me.  I tossed it on the bed and faced him.  We were quiet for just a minute and I let my eyes wander to his boxers, noticing that his now fully erect cock was straining against them.   We stood there in our underwear, looking each other up and down, me with a wicked smile on my face, he with a look of absolute dread.  I noticed his wedding ring and understood his reaction to me.

“God help me!” he muttered and practically jumped towards me, grabbed me around my waist and began kissing me, all over.  My mouth, my neck, even my forehead.  I put my arms gently around his neck and began kissing his face, neck and shoulders.  His hands were all over me, running up and down my back, squeezing my ass cheeks, pulling the front of my bra and releasing my tits, which he promptly put his mouth over.  He licked and sucked my tits like a starving man.   He unhooked my bra and tossed it aside and fell to his knees.

He put his nose right up against the front of my panties and inhaled deeply.  “Oh my God, your fucking pussy smells incredible!” he cried out.  He held onto my thighs and put his nose back against my panties and inhaled deeply once again.  He pushed my panties aside, pulling them away from my pussy and spread my lips apart with his thumb and index finger.  He stared at my clit and his eyes practically fluttered.  He actually licked his lips.  “That’s the prettiest fucking clit I’ve ever seen in my life!” he exclaimed.  “Has my son ever tasted you?  Wait! Don’t tell me, I don’t want to know.” he said abruptly.  “I’m going to have a taste, I’m going to have a taste of this beautiful pussy…” he leaned in and licked me gently.  He moaned and started moving his tongue all around, up and down as if he was eating a delicious popsicle.  He sucked on my clit and moved his head side to side as if he couldn’t get enough of my flavor.

When my orgasm started, he grabbed on to my ass and squeezed while the waves went through me and hammered my clit as I grabbed on to the little bit of hair that Floyd Smith had on his head and thrust my hips towards his face, grinding my pussy against his mouth until the sensation subsided.  Once my body went lax, he stood up and put his arms around me, kissing me again.

He took my hand and led me to Pete’s dresser and placed my hands on the top of it.  I bent my body over and opened my legs wide apart, standing on my toes.  I glanced up at the mirror and watched as Floyd Smith stared down at my lovely ass and ran his hands across both cheeks.  He fumbled momentarily with his cock as he stroked it and brought it close to my pussy.  He rubbed my moist lips with his cock head and he groaned softly as I moaned and moved my ass up and down, rubbing my clit against the tip of his head.

He grabbed my hips and pushed his cock deep with one hard thrust.  “God! It’s been so long!” he yelled and then started fucking my pussy as if mine was the last one on earth.  I watched his face in the mirror and his expressions ranged from pure ecstasy to fucking amazement.  I am sure he never thought he’d visit his son at college for the weekend and end up waking up to a hot serving of prime cunt.  Obviously, he wasn’t getting any fucking from wifey.

Pete came home about 15 minutes later, having just missed all of the action.  I stayed around to finish my laundry and to watch a football game with the men.  Peter remarked more than once that Sunday that his father seemed in an especially great mood that day.  If he only knew why!