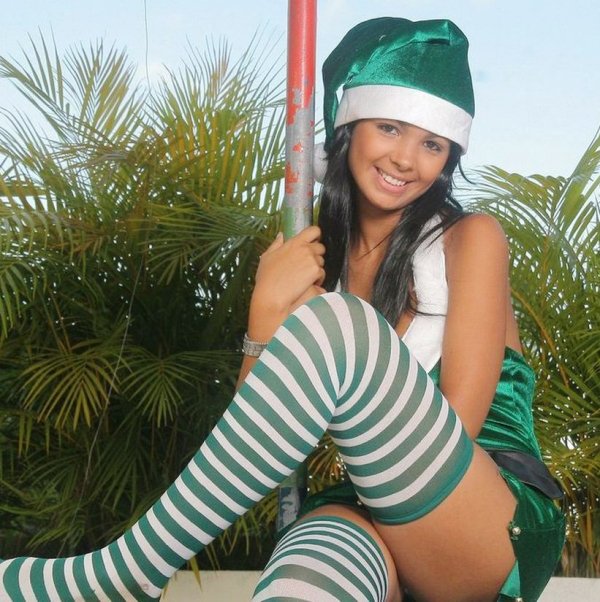 One of my biggest secrets is the time that I fucked my boyfriend’s dad!

I was still in that current relationship when I fucked my boyfriend’s dad. It occurred right after my town’s Christmas parade. My town is very religious so they take Christmas very seriously. Each year, the chamber of commerce puts on this big Christmas parade to support local businesses. Since I was in the local ballet theatre, I stood on one of the floats dressed as a little elf and handed out candy canes.

On another float stood my boyfriend’s dad, who worked for the IRS. They had a float and everything too which dispensed business cards. My boyfriend, now my ex, to this day, has no clue that I fucked his dad. After the float, we all wet to his dad’s office and his dad gave him money to go buy everybody hot chocolates and coffee at the local shop. Everything was about 45 minutes of a drive away from anything, so that was quite a trip.

I was shivering from my tiny elf costume, so his dad suggested that I remain in the office with him and gave me a heater to sit by. My boyfriend didn’t even think twice because his father gave him too much money and he knew that he could pocket the change. I sat by the heater with my stocking covered legs pulled up to my chest for warmth. My boyfriend’s dad was rummaging through one of the cabinets for something.

Finally, he pulled out a bottle of whiskey and poured to glasses.

He handed one to me and I hesitated to see if he was testing me. He told me that it would warm me up better than hot chocolate. I took it on the condition that he swore not to tell my parents because they were unreasonable. He began asking me about school, all the while getting closer and closer. He poured another glass after the first grew empty. I found it odd that he was sitting on the floor right next to me by the heater.

I seldom witnessed adult males in suits sitting on the floor. Then, as I was telling him about school, he placed his hand on my thigh. His gaze was unwavering. Heat crawled up my skin. I felt myself begin to blush because at this point he had made his interest clear. Then, he leaned down and kissed me. Shock and excitement flooded my body. He reached underneath my elf dress and began to play with my clit.

Once he felt me grow moist, he began sliding his fingers in and out of my pussy. All I could do was reach over and rub his cock through his pants. He tugged my panties off and lifted me. I wrapped my legs around his waist and he pressed me up against the wall. He fumbled with his belt until his pants dropped to the ground, followed by his boxers. I felt his hard rod press up against me and fill my pussy.

Do you like ageplay phone sex? Call me! If you want me in a french maid costume read more of my blogs!