From creeper to sex slave.♕ 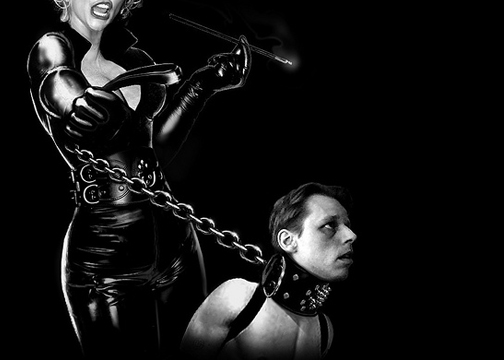 I was always the hot blonde at the party that everyone wanted to fuck. I would laugh and flirt all night and tease. Guys knew me as this sweet and submissive girl. That’s what I want them to always think. Some people wanted me so bad that they would do anything to be mine.. I didn’t like that too much. It got me into trouble at times and sometimes it got scary. People trying to drug my drinks, trying to rape me, forcing themselves onto me, period. It was absolutely disgusting and I was fucking tired of it.

Once upon a long time ago I was living all alone in the city. I would go out and party every night. I had been noticing a guy following me around for about a week. He dressed in all black and wore a hood. I had dealt with creepers before. So I just brushed it off. As I walked home alone one night I could hear foot steps behind me. As I started to walk faster so did the sounds of the footsteps. I finally got home, unlocked my door, and went in.

I felt icky from dancing and drinking all night so I stripped and walked to my bathroom. “A nice hot shower would be heaven.” I got into the shower and lathered myself up with my vanilla cupcake body wash. As I was in the shower I heard a noise. Like a window breaking. I rushed out of the shower, only covered by my towel. I saw the same man that had been following me all week, standing in my living room. I knew I needed to act fast. So I dropped my towel and started to come on to him. He was either here to rape me, kill me, or both.

His eye’s opened up wide in shock. He was not expecting this. I walked up to him. He stunk like trash and body odor. I do not think he has bathed in weeks. As I pressed my tight body against him he took in my sweet cupcake scent. Like he has never smelled something so sweet in his life. I guided him to the couch and had him sit down. I asked him what he wanted and his reply was, ‘Just you.’ I had him. So I offered him a drink. I’m not a stupid girl… I drugged his drink to make him pay for invading my personal space.

We sat and talked for a while. Finally the drugs kicked in. When he was fully passed out I bathed him. Cleaned his body and shaved his face, chest, legs, and pubes. I did not take caution in shaving him either. I gave that fucker a very close shave. Then I dragged him to the bedroom… Tied him up into my sex swing and waited for that son of a bitch to wake up. What was coming to him was something he couldn’t ever imagine in his wildest dreams.

He opened his eyes, looked around, and started to panic. I was sitting in a chair, lights dim, and dressed in a sexy black cat suit. Riding crop in hand. I got up stuck my riding crop under his chin and I whispered.“You have been a bad fucking boy, a very bad boy.” I could see the panic in his face. “Now, you will make up for all the bad thing’s you have done.” His dick went hard as a rock. I knew he wanted this. So I took my crop and started to slap his dick. I told him how tiny and pathetic that dick was. I told him that a tiny little dick like that would never go into an amazing pussy like mine.

The more I humiliated him the harder he got. What a little pussy he was. Big man, tries to come in my house and fuck me. HA! Well he is in for a treat. Then there was a knock at the door. I had called over a friend. My big black friend. Now let’s just say he was not lacking in any department. Jamal was his name and he was ready to fuck. I had him bring in a chair. I put a collar and leash on my new sex slave. Jamal sat down and I slid my tight pussy over his cock. I held that leash tight, and I made that shit face watch as I fucked a cock worthy of my pussy.

Then I screamed out, “Be ready you little bitch! This is your life from now on!”