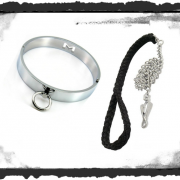 Julian takes full advantage of his ownership of me and fucks my ass and my mouth as many times a day as he wants.  Just today he woke me up from a sound sleep by pushing his cock into my mouth. Even though I was half asleep, I eagerly opened my mouth and took his cock all the way down my throat.

As much as he loves my mouth, he loves my tight ass just as much.  Julian got so hard watching his cum drip off of me that he ordered me onto my hands and knees with my ass in the air.  I was almost wiggling in anticipation of feeling his big hard cock inside. And he didn’t make me wait very long. He is never gentle or careful in any way when he fucks my ass.  Nor does he give me even a second to get used to his girth inside. He just shoves inside and starts fucking me nice and hard.

I try so hard to have my own orgasm while he’s pounding my tight hole but I nearly always fail. When he’s finished unloading his full balls into my ass he pulls right out. His cum trickling out of my hole joins the puddle from my dripping pussy on the floor.  He usually laughs at his forever slutt­y captive and says something sarcastic like “better luck next time!” I think it gives him an even greater feeling of power over me when I obey him in this way. The more difficult something is for me, the more he gets off on it. And now, I do too.

Next up – it’s been a whole year! Shouldn’t there be a celebration? And an end to this story?