Forced Sex: The Evil Cock – Buster is terrorizing Your City!* 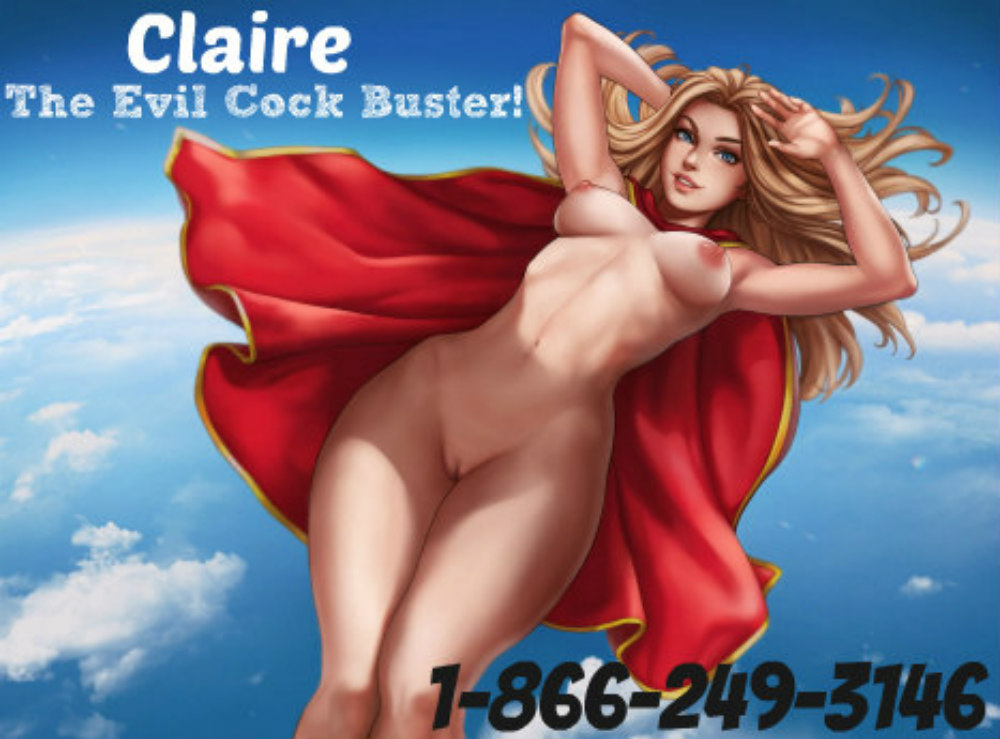 Forced Sex and Crime in this City is on the rise and no one seems to be able to catch The Evil Cock – Buster!  Who Will Save This City From Her Wrath?

Seeing reports of forced sex and exploded cocks all around the city was disturbing Our Hero: The Incredible Cock-Man!!  He can’t quite fit the puzzle together just yet. There has been a string of dick explosions and rapes all around the area, the victims that were intact enough to still speak all described a goddess seducing them into giving her everything she demanded. All these stories were the worst of embarrassing sex stories he’s ever heard!  This was unlike any criminal The Incredible Cock- Man has encountered and he was unsure if his awe-inspiring ability to beat criminals down with his massive cock would deter this Evil Cock-Buster.

For the first time ever, The Incredible Cock-Man was faced with the hard truth that there may be a female with the unique ability to withstand the power of his cock!  Would he even be a match for this evil villainess?

Meanwhile, in a dark lair just outside the city limits, The Evil Cock-Buster was smoking a joint…

She was gently french inhaling as she leaned back looking intently at blueprints of the next jeweler’s warehouse.  As she exhaled, the thick cannabis smoke enveloped her perfectly round, bare breasts. The thought of using the diamonds gathered from this heist to make diamond-encrusted nipple clamps just for her pretty pink nipples got her soft, naked pussy juicy.  She reached in between her legs and gilded her fingers up and down her pussy lips, separating them to reveal her perfect, pink clit.

She began twirling her clit around slowly in between her fingers, relaxing in her floral chaise lounge, and staring even more intently at the paper in her other hand, cleverly contemplating how to get in and get out without too much attention.

Her ability to seduce men into an altered, zombie-like state has always caused her unwanted attention.

She soon learned that men couldn’t control their animal-like instincts once exposed to her beautiful bare body.  Men would become so aroused just by looking at her that all their blood rushed out of their heads into their cock. Most survived as long as they didn’t touch her, but once they grazed her skin, their blood would rush into their hard cocks so fast, they would explode!  The ones that did survive were so entranced that they gladly handed her whatever they wanted, some she could never stomach touching, but others brought out her animal instinct and she would attach her Mega-Strap On Cock and have vicious forced sex with them!

She especially loved pounding away at the tight little asses of entitled men: cops, politicians, company owners – The Evil Cock-Buster didn’t care.  Those perverted little pigs needed to be taught who really ran this city!

The Evil Cock Buster rubbed her pussy faster and she orgasmed as she realized the warehouse roof had the perfect clearing a helicopter to swoop in and pick her up  She sucked her pussy juice off her fingers as she dialed for her driver to come to pick her up. She stood up and wrapped her cape around her.  Quickly, she put her Mega-Strap On Cock in the pocket of her cape. Now she was ready to put everything in order for the biggest jewelry heist this city has seen!

Even if she had to have forced sex with The Incredible Cock Man, these diamonds would be hers!!

The Incredible Cock Man was in his Secret Cock Cave re-examining the evidence from the last jewelry heist.  Suddenly, his Incredible Falice Phone began ringing loudly.  It was the chief of police alerting him to an ongoing robbery on the docks. His officers’ cocks were exploding at a rapid pace. He was sending a special all-female unit down now, but he needed The Incredible Cock Man!! He was scared for the first time in his life. Would he be seduced, would his cock survive this vicious adversary? Or worse will he be made to have fatal forced sex with this evil woman?

The Evil Cock Buster stormed into the secret diamond warehouse. There,  guards stood surrounding the massive safe holding the trillions of dollars worth of diamonds inside. She quickly opened her cape, revealing her irresistible nude body. One looked at her and screamed as he looked down to see blood soaking through his pants. He quickly collapsed to the ground, blood pooling around him.  Three more squealed and collapsed, leaving two more guards with rock-hard cocks entranced by her voluptuous curves. One had a chiseled chin and a seductive little bubble butt.  She had to have it.  Firmly, she told the other man to unlock the safe for her and fill her bags with diamonds.

He just smiled stupidly as he took the bags from her and began unlocking the safe.

The other one asked what he could do to help.  Like the imbecile, he was, when she told him to bend over and take down his pants. He too smiled and did what she said without argument.  She giggled as she attacked her Mega Strapon Cock and spit in the guard’s asshole. The idiot even moaned, not knowing he was going to take part in the most wicked forced sex this city has seen. She flipped a switch on her Mega Cock and it began ramming into her victim’s asshole at bionic speed. The man’s cock burst, spraying blood all over both of them, but the Evil Cock Buster wasn’t finished. She kicked her Mega-Strap On Cock to high and burst right through his intestine, pounding through the front of his stomach.

By this time, the other guard put all the jewels into the bags The Evil Cock Buster had given him.  She grabbed the bags and told him to stay, as she ran up the warehouse steps to the roof. As she made her way up the steps, The Incredible Cock Man burst through the warehouse entrance with his massive erection.

He gasped as he saw the carnage that The Evil Cock Buster had left behind, just as his cock was going limp.

One glance of the vicious villainess made his cock stiff as a board again. He was going to beat her with his Giant Cock if it was the last thing he did!  He ran up the warehouse stairs after her ready to pound her with his huge cock. Just when she was about to get the tip, she burst through the door onto the roof of the warehouse. The Incredible Cock Man barely missed her as she leaped onto the rope ladder hanging from the helicopter sent to pick her up!

The Incredible Cock Man felt his Massive Dick expanding as he watched her perfect pussy flying away above him.  As she flew out of sight, he shook his head, pulling himself out of her trance. Suddenly a wild rush of pain surged through his body from his cock.  He then realized, The Evil Cock Buster may be his demise.

Do You Like Getting Taken Advantage of by an Evil Villainess?

Do You like Crazy Sex Stories? This link will make your cock want to burst!

One Reply to “Forced Sex: The Evil Cock – Buster is terrorizing Your City!*”