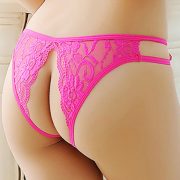 A forced lingerie crossdressing adventure or two totally transformed my sissy. He was always pretending he was such an alpha male, right? He was being such a pain that of course, I had to break that. Now, my little sissy’s name is Josh. It would otherwise sound like such a typical guy name. He was a frat boy in college, and a total jock in high school as well. He’s been pretending to be this typical sporty boy, alpha male, type-A personality since the day I met him. But the day I met him, I noticed something hidden under his jeans that made me question how ‘straight’ and ‘macho’ this guy really was.

He was just coming out of the men’s locker room at the gym, after a nice work-out. I met him earlier while he was doing a weightlifting set when he took a break to get water and try chatting me up. Everything was fine and as-expected until he changed back into his regular clothes. After that, he walked back over to me to sign out beside me and continue flirting. When he reached down to grab his gym bag again, his macho-man sleeveless t-shirt slid up a little, and I could see the faintest splash of pink lace peek up over his jeans. I had him dead to rights.

There was no way he was wearing normal underwear.

I’d seen a lot of men’s underwear over my life. I’d seen all kinds of boxers, boxer-briefs, briefs, and all kinds of crazy designs and splashes of color. However, Josh was not wearing any macho or neutral underwear then. I’d seen the tiniest flash of pink lace, and that as all I needed. So, I humored him. I let him keep talking me up even though I knew he had a clear crossdressing fetish. My curiosity won and I wanted to see how far he’d take his little charade. He probably thought I hadn’t seen a single thing. He was going about his day like I was just another girl he’d try to pick up and fuck. Somehow, I knew he’d try to do all this while trying to hide the fact he’d been all dolled up just hours earlier.

He was going to be my little experiment. However, it really didn’t last long. The first date he tried to take me on, as an attempt to prove he was an alpha male that could spoil me, was the mall. Josh wanted to spend a little money on me! And you know what I made him do? When we walked past our mall’s Victoria’s Secret & PINK store, I had to drag him in. All you lovely sissies know that the past few days, that store hosted its semi-annual sale. That meant lingerie on top of lingerie, and sexy bras and panties all stacked up to the ceiling, for sale. I was just waiting to push his buttons and see how he liked a forced lingerie crossdressing adventure.

I was so excited to pull him along.

But the second I walked in, I could see him squirming. He was just as excited as I was. He still tried to play the part of an unwilling boyfriend, dragged along for the ride. His face said “woe is me,” but his eyes were wide and excited. His attention was darting around as he was mentally shopping. If I didn’t call him out on it, he’d likely come back the same day to pick up whatever he wanted. So, I mentally sized him up. I deduced that he was a size or two larger than me when it came to panties, and I picked out the cutest pair I could find.

It was a black, silky, cheeky panty with a thong at the back. It had the cutest pink-lace trim that was just slightly metallic to give it a sparkle. I held it up for him, and I swore his eyes bulged out of his head. “Should I get this?” I asked, and he nodded all-too-quickly. He wanted me to buy it, but he’d likely end up trying it on if I took it home. I decided to break the news right then and there. “No, silly, not for me… I want it for you.” He gawked at that like a cartoon character, immediately denying that he cared that much about lingerie at all. One shopping date had turned into a forced lingerie crossdressing session.

I told him again, a bit more clearly. “I want it for you. Go on, I want to see you go try it on.” He froze like a deer in headlights again. This time, he couldn’t really deny it much. He took the panties from my hand so delicately. I just told the shy little kid that he could get whatever candy he wanted. I nodded towards the fitting room, and as he started heading towards it, his attention wandered off again. Of course, he wasn’t just going to try on the ONE panty. No, I set his brain free to grab literally everything he had mentally separated. One panty here, one thong there, a bra or two, and a cute red lace onesie from the off-sale selection.

He tried everything on like a champ. The sales lady grinned through the entire fitting room ordeal. He was so excited to try everything on, it was actually adorable. One forced lingerie crossdressing date had liberated this man’s wild side. I’ve always loved playing with sissies so much that it’s one of my favorite kinds of fetish phone sex. After all, I have a crazy amount of sexy lingerie in my closet, all including different styles of sexy, cute, and playful panties. With that much selection, it’s so much fun to tease and torment, and have you daydreaming about what I’d make you wear.