Feet Fetish Mystery — Where are my flip flops? ♕ 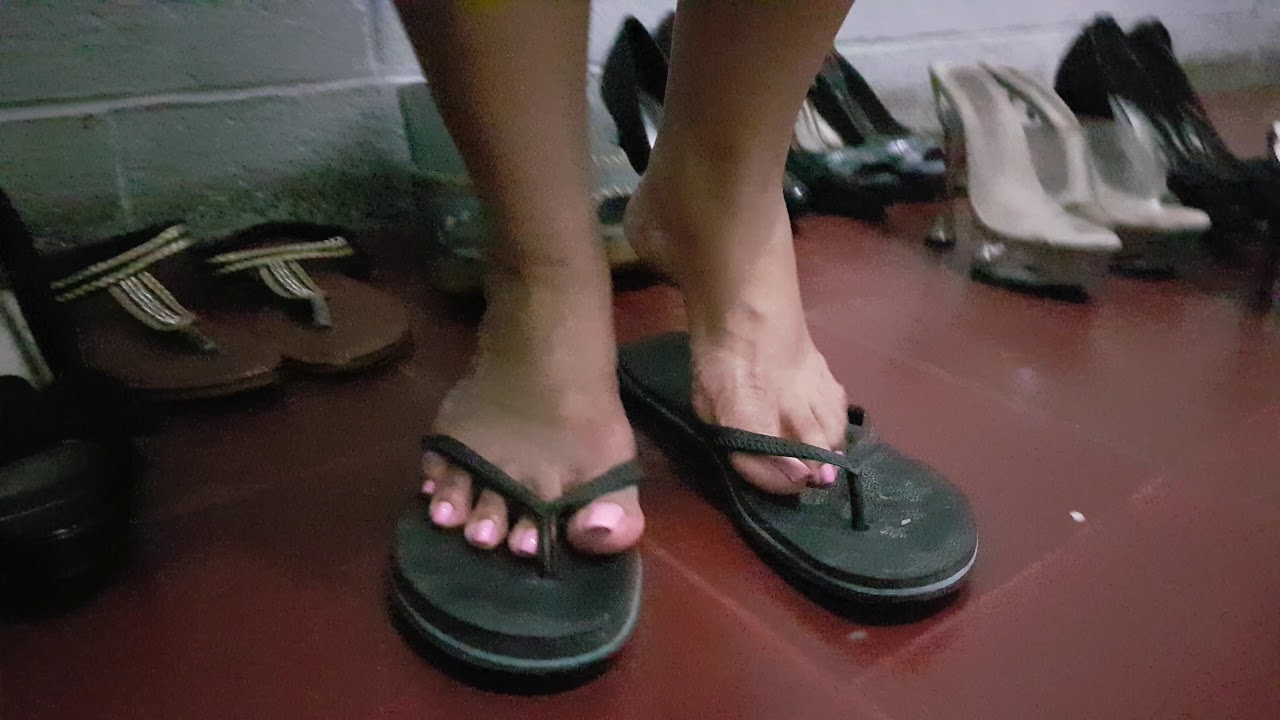 Feet fetish guys are not rare.  However, there was a time when I didn’t even know they existed.  That is, until one fateful evening when my flip-flops suddenly disappeared from my co-ed dorm.  I couldn’t believe anyone would steal them.  They weren’t even cute.  They were old.  I practically wore them everywhere during the summer months.  The leather soles probably permeated with the scent of my foot sweat from all of those jogs to class.

“Oh well,” I thought.  It gave me an excuse to buy new shoes.

To my surprise, no one messed with it.  No, it was my gym shoes that were the next victims of theft.  I had to keep in shape, after all.  I worked out 6 days a week and it showed in my footwear.  There is only so much you can do before your shoes are doomed to stink forever.  Then suddenly, poof.  Gone.

Someone had to be pranking me, so it was time to put on my investigation hat and find out exactly who was at the bottom of all of this.

The trail leads me to your room where I caught it red-handed.  Or should I say, red-headed?  With a flip flop on your cock and the other over your face, you whispered my name as you licked and sniffed the heavily worn material.  You were fucking my flip flop so hard, too.  Thrusting into the thong like you wanted to impregnate it, you sent a river of jizz flying all over it just in time for me to catch you in the act.  It was over for you.  You were done if I went to the RA and reported you.  I didn’t though.  Instead, I smiled, slipped my shoes off right there, and told you to get on your knees and explain what the hell you’re doing and why.  What an education.

Have a fetish that’s too hot for your wife or girlfriend?  Call my phone sex line!