Farting Fetish Becomes A Way To Make Cash On Campus 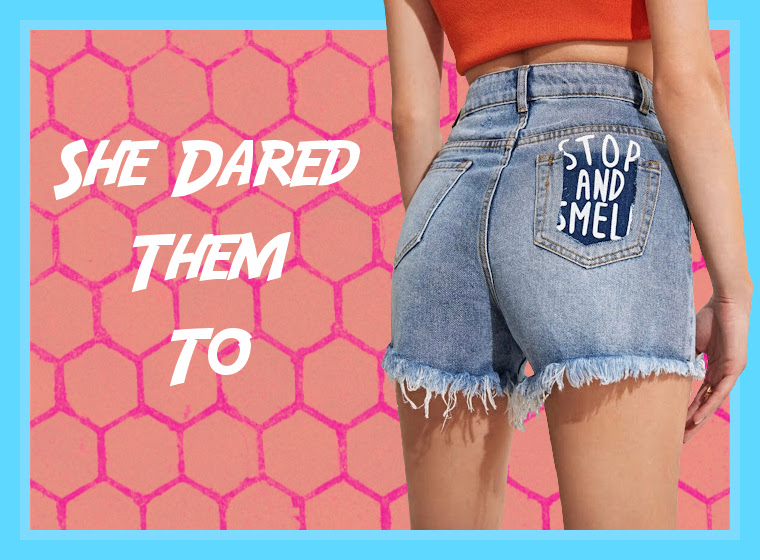 Ass sniffing, fart sucking, ass worship- These are all part of the farting fetish that people are now starting to be more open about.  For a long time, even as a pervert myself, farting never occurred to me until I was in my mid-20s and sent a video of a woman farting onto a cake.  At the time, I was confused, and I will admit that I smiled.  How does one not smile at a grown woman farting on a cake?!

Since my friend has sent me the link to that niche video, I have become very aware of the farting fetish that is sweeping the nation one butt cheek at a time.  This is no laughing matter, however.  It is a very valid fetish and one that should be taken seriously.

After seeing these shorts while online shopping, my brain immediately played out a series of scenes, I’d say be careful what you wish for, but I believe in living on the edge!  Yet, if you are going to buy a pair of shorts that literally asks an ass sniffer to indulge, you better not be taken back when one takes you up on that offer- written or not.

The scene that played out in my head was as follows:

Eva bought the shorts on a whim.  How many years have shorts and sweats had saying written on the rear side ranging from “baby girl” to posher brand names.  She never gave in to the fad, but there was something about this pair that brought a smile to her face.  It was funny when she bought them, but when she wore them, her world expanded tenfold.

Dennis sat behind her during a history lecture.  He wasn’t seen by Eva before that day because she was too consumed with the lecture.  This day, however, Dennis read those shorts like an invitation to the grand ball.  With a perky ass like that, any ass sniffer would be proud to take a whiff.

No one besides the kid that always slept through that lecture was in the back row.  All Dennis had to do was reach out and smell the flowers.  Within the moment, he had his hands grasping those golden cheeks and his nose pressed right against the crack of her denim.

Eva was shocked but didn’t want to cause a scene. Who could blame her?  Dennis was sniffing her bottom like it was an ass crack candle.  What was worse? Eva had a bean burrito for lunch and was holding in her farts since class began. She knew this was a bad day to wear the shorts, but she did not think someone would take it seriously!

Gripping the side of the desk while trying to hold in a fart, she felt it leak out.  Loud enough that the rows beside and in front of her began snickering.  Eva turned red, but Dennis was still going at it.  It occurred then he had a farting fetish.  Was that a real thing?  She could not deny it with him pressing his face deeper into that firm ass.

She took her time leaving after the lecture, trying to distance herself between the class and her embarrassment.  The ass sniffer was still there, though, smiling like he won the jackpot.

“What did you eat today?”  She was livid, he asked.  Could he not read the room? He smiled deeper, leaning forward.

“I know how much you make as a barista.  With an ass like that, you are in the wrong business.”  She starred at him, baffled.  He wrote his number on her hand and told her he knew plenty of guys around that would pay megabucks for her gassy ass.  What would she really have to do? Dennis promised her that he would take care of her.  All that she needed to do was offer him a decent cut of the cheese.

Don’t be afraid to email me about my monthly newsletter to know about blogs and savings ahead of time. Meanwhile, catch up here!