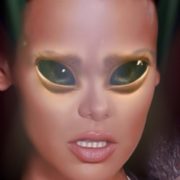 Men of planet earth are only good at extreme body worship as well as sex slaves.

Extreme body worship and serving women in every shape, way, and form. Services in which men of planet earth must adhere to and the only means of their creation. I am Giana from an alien planet of superior Goddess women from another galaxy. The women of my planet all have four titties, slim waists, round firm bottoms, and lizard-like tongues. I can’t forget to mention that we all born with two vaginas.

Earth has shown to be a great place to come and recruit the men of our liking and to be honest, we love how submissive the men here tend to be.. The ideal target is the free agent athletes that aren’t monitored and “roam free”. It always makes it easier to lure them in and for us to abduct them discreetly. Them being the new and upcoming men that “smell” of new money. They become surrounded by weak earth women looking to latch on for a come up.

We, on the other hand, just want to use them for our sexual needs. In most cases, we don’t just take the athletes themselves. If they have an entourage with them, as a result, they will be taken too. Too often they will be the ones that exterminated because they don’t know their place.

Be grateful for us allowing you to worship on uniquely, beautiful bodies. Massages are always in order as we adore being in a relaxing state. We use no such thing as toilet paper like the human woman on planet earth, as it is not a thorough clean. Men will be placed in our bathrooms and know (or get the hint) to clean us on command. The best feeling is to have my slaves thoroughly clean my two vaginas.

Fall in line or extermination it is.

Some men are just so idiotic I even wonder if they have brains in those odd-looking heads of theirs. In contrast, most are big so it makes no sense It is sad and shameful that men aren’t taught the truth of women being the superior race. The first night with us is nothing other than us taking what we what, as a result, we put the earth men under out spell This ranges between two things. Us using your nose and tongue or penetration. Earthmen can’t even tell that we have two pussies and that we switch between the two of them while we exchange body fluids.

How we do that you ask? For face sitting, we pleasure one of our vaginas with them and the other with our hand.  Our pussy lips are great grippers, like hands, and are able to pass their extension between our vaginas enabling us to reach a heightened climax every time. We save vagina licking for after we have left earth atmosphere.

Extreme body worship is the way of life.

Holidays on our planet consists of no hands day. It’s obvious that on this holiday which occurs several times throughout the year that our slave can’t touch themselves. If they do touch themselves then we will allow our pets to eat their cocks off. Above all, makes it so pleasing to the harsher of my kind that loves to beat and shackle the slaves.

Come and do as you have been born to do.

Be careful out there at those free agent signings or beforehand, because if you’re not then the only team you’ll be on is an extreme body worship team. It’s actually the best team to be on. Just know your place. The best phone sex of your life is a call away. So get on your knees and dial.