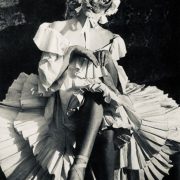 I, just twenty-two, had been modeling for a well-known lingerie company, and recently married a top executive of a very large conglomerate.

Returning from a day of extensive shopping, I saw my butler, Miles. He handed me the mail. I was skimming through the stack when Miles grabbed my hand. He grabbed a letter and said it was for Master. It was the color bone and was closed with a black wax seal. The seal had no lettering, but only indented with the picture of a ram and its long spiraling horns. I stared at Miles in deep curiosity, but walked away finally, unsatisfied. I had learned in my short time of being married to not get curious, well, not in front of watching eyes.

My husband arrived in a timely fashion, as dinner was being set in the dining room.

I wore my new dress. Blush pink silk with a deep plunged neckline, my husband found it amusing while looking up from his steak. I smiled at him while quietly chewing my rabbit food. The perfect wife. I had to engage in conversation, without being dull while at the same time not knowing too much. I did love him very much, although others would tell you otherwise. Our sex was interesting and fulfilling but new to both of us. I never wanted to lose the passion, because then the love begins to fade.

He fell asleep in our bedroom as I pampered myself in the boudoir.

I quietly walked up to the third floor to his office. Taking a seat at his desk, I used a bobby pin from my blonde curls to unlock the drawer.  Seeing the ram immediately, I became excited as the drawer began to open. Its eyes penetrating mine in a sort of hypnosis. I slid my finger to reach inside and pulled out a gold paper card reading “You are cordially invited to.” Nothing more. Looking at it under the lamplight, I saw there were indentations below. I took a white sheet of paper and began to softly pencil over the letter.

‘Masquerade at the Manor of Chestwick’

Why would this need to be hidden?

I pulled out my husband’s computer and began to type in the location when it popped up. The manor was massive, coupled with the vast estate in rested on. I quickly began researching the Latin code which came up as “To Fuck.” My mind was racing.  Quickly, I took pictures of what I had found and gently placed the letter back into the envelope its original place in the drawer. I locked in the drawer and snuck back upstairs to lay next to my husband in our bed.

My eyes stayed wide open as I watched my husband sleep.

He gently awoke and saw me lying there beside him. Accordingly, always finding my presence arousing, he began to slide his hand across my face. Reaching around my back to pull my body closer to his, feeling his hard cock pushing against my belly. He untied my robe and started nibbling on my breasts. Once on top of me, I spread my legs to welcome him and slid my thumb into his mouth. I imagined a stranger; someone I could achieve erotic animal anonymity with. I smiled as I moaned, keeping him in line and dreaming of Halloween night and what I would discover at the manor…