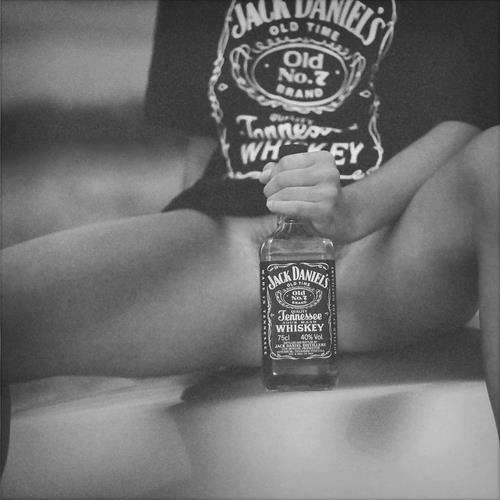 As I sipped from the brim of my glass, our eyes met from across the room. It was at that moment that I knew I wanted to fuck him. I swallowed the strong mixture of alcohol that lined my lips as he strode towards me, ready to make conversation. He had a polite smile, and a natural masculine scent. “Let me buy you a drink,” he spoke, in a deep and sexy voice. “You look like you could do with some company.” And right he was, so I allowed him to treat me to my favorite Jack Daniels. I saw Drunk Sex in our future.

A few drinks and a brief conversation later, I found myself lusting for him even more.  We stumbled clumsily through the hotel’s maze of corridors. We were looking for somewhere to fuck. Neither of us had  a room. We were just there for the renowned bar and eventually came to a secluded courtyard. We giggled as we quickly undressed each-other and skipping the foreplay.

I pushed him to the floor and mounted his erect shaft.

Beginning our alcohol fueled drunk sex, I slipped his member into my pussy, guiding it with the smooth skin of my palms. “Oh god, you’re so fucking sexy,” he grunted as his hands explored my body. “Fuck me harder.” I shook my hips as fast as my drunken balance would allow, and with each movement, it seemed as if he slithered deeper and deeper into my dripping cunt. I began to slow though, when I realized how much alcohol had gone to my head. I deciding that I wouldn’t be able to hold my balance much longer. I rolled away from him. Instead, I rolled over onto all fours and crawled over the concrete flooring seductively and playfully. I was bouncing my ass cheeks in front of him, inviting him to climb inside my quivering pussy.

Resuming our drunk sex, his hands gripped my hips, and after a few clumsy attempts, his erection filled my crevice once again, filling me with an overwhelming pleasure that spread through my nerves like a wildfire as he began to pound me from behind. I let an exaggerated gasp escape my lips as I gripped the edge of one of the stone slabs beneath me, and then bit my lip as he sent shock-waves blasting through my body with every powerful thrust of his hips.

Eventually, his cock brought me to the point of climax as it continuously probed my pussy.