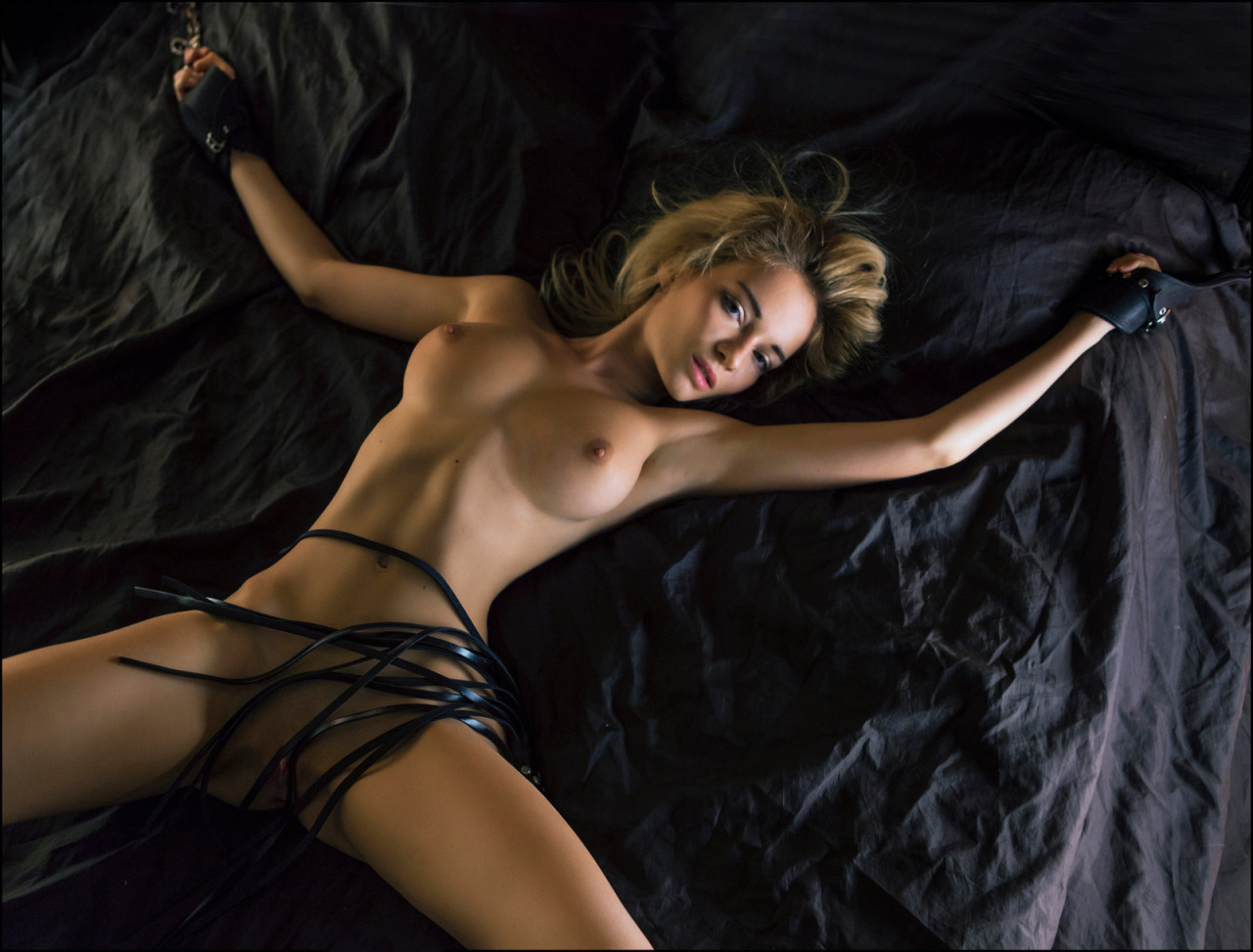 My boyfriend has had me try some tease and denial on him before, but recently he wanted to turn the tables on me and do it to me instead. I was game, why  not. Heaven knows I’d teased him enough, turnabout was only fair play. I asked him what he had in mind. We’d gone to see that new 50 Shades of Grey movie, and I think that’s what put the idea in his mind to try to dominate me for a change. I’d liked it, so I didn’t mind turning over control to him like this, I trusted him. 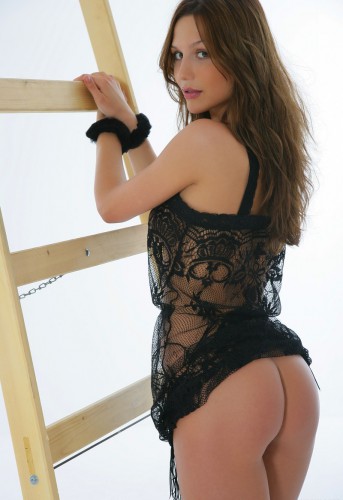 He blindfolded me with one of my silk scarves and said he’d gotten a few items at the sex toy shop that day after work, so he’d set things up in the bedroom before I came over. I was curious to see what he’d gotten for us to use. He led me to the bedroom and removed the scarf. There were candles burning, black satin sheets on the bed and some restraints he’d attached to the four bed posts, and a leather flogger laying on the bed. He led me to the bed and slowly undressed me and laid me back and took my wrists and ankles and placed them in the restraints so I was spread eagle. I lay there nude, exposed, tied and growing more aroused by the minute. I could already feel my cunt getting wet and slippery as I shifted on the bed. He placed the blindfold back on me and I felt him get on the bed and then his tongue started to slide up my leg to my pussy and ease open my pussy lips and taste me. I was bucking up against him to get his tongue to delve deeper inside and lick me.

Then he got off the bed, leaving me wanting more and I lightly felt the flogger whip against my hardened nipples, and then he teased me with the flogger strips, grazing them up and down my body, before I felt his fingers caressing my clit. I was nearly ready to cum, and he stopped. He told me he wanted me to beg for it, beg for his cock and I did. I begged to feel him inside of me, pumping inside. He climbed on top of me and fucked me better than I can remember in ages and it was hot and intense as hell as I felt his hard cock glide against my cunt lips that were coating his cock and balls with my juices and all, making him sticky.

I could feel a tremendous orgasm welling up inside of me and his cock was pistoning in and out of my cunt faster and faster and all of sudden I clenched down in the throes of orgasm and milked his cock and he spurted several times and blew his load into me. It was feverishly hot and satisfying all at the same time. I’d never had sex tied up before and it was very sexy, not having that control drove me insane. My orgasm was totally at his whim, and I loved it.