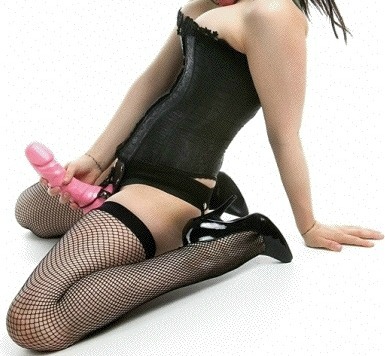 When we got there we started with typical drunken kissing and removing our clothes. But when he went running my sweet little clit I grabbed his hand and pushed him away so he would lay down on my bed. I sat on top of him and told him that I was going to have my way with him tonight. He was going to get fucked by me, not the other way around. I could see the excitement and confusion in his eyes but he was rock hard and I felt his cock twitch underneath me as I told him I was going to fuck him.

I slid down and started sucking his cock.

Then I moved my way to lick on his balls until I got to his ass. So I start licking and fingering his tight little ass. Then I got up and reached under my bed and found my strap on. I told him to bend over and spread his ass for me. He did as he was told and I could tell he wanted a good ass fucking from my strap on just as much as I wanted to give it to him. I started to put the tip into his ass and then pulled it out rubbing it around his wet asshole, teasing him with my cock.

Then I grabbed his hips and forced my strap on into him.

I watched as his ass and balls bounced against me as he took my hard ass fucking. I told him to stroke his cock for me while I fucked him and he did as he was told. Before too long he was exploding onto my bed and screaming out in pleasure.