Dirty Little Secret: How I Became a Hooker for The Night 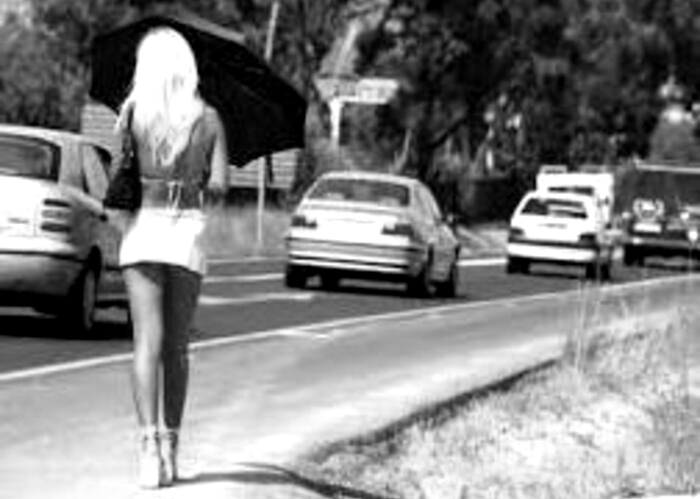 We all have at least one dirty little secret, and here’s one of mine. When I was in my teens, I left the UK to spend a summer backpacking in Europe with a friend. She met a boy in Italy and wanted to stay with him. I was fine with that and caught the boat to Greece alone. It was exciting to be alone in a strange country and I headed straight to Athens.

I slept on the bus and woke up in the city. That was when I discovered that someone had stolen my purse. All my money was gone, as well as my credit card and passport. All I had was a little bit of money in my pocket. To make matters worse, it was a public holiday and I couldn’t do much about fixing my situation.

How my dirty little secret transpired

I got a bed in a sleazy backpacker’s hostel and went out to buy a snack with the last of my small change. I was beginning to panic and didn’t know what to do. By chance, I wandered into a rougher neighbourhood and saw several hookers standing by the side of the road. It was a hot evening and the women were just wearing hot pants and skimpy tops. One suddenly flashed her boobs at a passing car.

I think every girl goes through a phase of being curious about prostitution and I was no exception. I’d often wondered if I could actually do it. Maybe it could be my dirty little secret. I watched the women getting into cars with strange men and was half aroused and half disgusted; and also a little afraid. A car pulled up alongside me and the leering driver said something to me in Greek. I waved him away angrily, but he switched to English, “How much for a suck?”

On impulse, I told him “Fifty Euros!”

Reaping the rewards of my dirty little secret

Back on the pavement, I was in a daze. I had some money now, but couldn’t believe what I’d just done. I walked along the street almost on autopilot and was accosted by two young guys who looked like students. They smelled of beer and were clearly excited and nervous to be in the rough part of town among the prostitutes.

When they were done with me I had enough money to get through the next few days and enjoy the odd lazy beach day. I also had some crazy memories that I still think about when I play with my tight wet pussy…