Healing the Broken with Good Head and Dirty Hospital Sex! 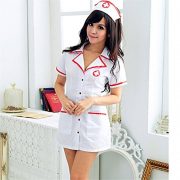 I never expected to have dirty hospital sex for many reasons.

It was my idea to have dirty hospital sex, to begin with. I was friends with this dude in high school wh got in a car accident. It was reckless driving and a DUI charge. He was one of my more adventurous/careless friends, however, that made him all the more fun in school. He was unfortunately high on painkillers I believe. Anyways, this guy always ended up doing some crazy/sketchy shit. He was the one that you wanted to try out your naughtiest fantasies with because he was down with whatever. During this car accident, in which he was the driver, he got seriously injured.  Like, learn how to walk again, spend months in a coma, type injury. One day, I went to visit him in the hospital. Of course, that was how it all occurred.

I truly am usually not the dirty hospital sex kind of girl. Something about that guy just made me love adventure and bad decisions. Plus, I knew it was a story that he too, could brag about later. He had woken a couple of weeks ago from a medically induced coma, so I went to pop by and maybe give him a get well card or something. Apparently, he sustained quite a bit of nerve and spinal cord damage during the accident. This meant that he not only lost feeling in his legs, but he lost movement down there as well. Fortunately for him, he did learn to walk again and is pretty much fine now. Lucky dude.

However, we were quite unaware of this at the time.

He underwent loads of physical therapy. When I saw him in the hospital, he told me that he had to lift himself or get assistance into a wheelchair to do anything. I asked him the question we are all wondering. Did it, ya know, still work? He said he hadn’t gotten any hard-ons that he knew of in that hospital bed, but the doctors told him that his cock should still function and remained unaffected by the incident. Lucky guy. He even told me that they showed him a cheesy little video on how to fuck after a spinal cord injury. I have looked it up and it truly is worth a good laugh, in a sort of cringe way.

He still was unable to get it up previous to me though due to his rather uncomfortable circumstances. Luckily, he was there for so long that he memorized the schedules of the in and outs of the nurses and doctors. He said another one wasn’t due until later that night before the shift change, so we had hours. We hoped that his family or teachers or something didn’t swing by for another surprise visit like I did. I sat next to his bed and began rubbing his cock over the sheets. He was in a hospital gown, so this was quite easy.  I tucked my hand underneath the covers and felt that his cock was already rock hard.

I jerked him off and licked him until I felt his balls filling and his cock throbbing.

Then, I could feel that since he hadn’t jerked it in literally months, he was already about to cum. I decided to just act on a limb. I crawled on top of him and pulled my panties to the side. Good thing I wore a sundress that day! I began grinding all over his cock and his torso rose like an exorcism. Finally, I eased down onto his hard rod and his heart rate rose almost enough for a nurse to come in. I hopped up and down and the poor thing lasted as long as he possibly could, which was about ten solid minutes. Surprisingly long for looking like he was going to nut since I first touched his cock!

He exploded inside of me, not so silently. I hopped off as soon as we both came. Someone must have heard that. Of course, my instinct proved correct and just as I slid my panties up, a nurse peeked in to check if he required any pain meds. That dirty hospital sex was a close call!

Call me for fetish phone sex! Take a look at more blogs for some mirror fucking!