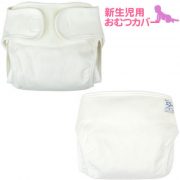 Diaper boy goes in front of everyone

Diaper boy Tony was memorable for two things.  The first is that he was the only boy in our class; a situation many boys would life to find themselves in.  The other memorable thing about him is pretty obvious.  You see, the girls and I had been planning this for a while now.  We wanted Tony to be both our Diaper boy and our poo poo boy.  A poo poo boy like him would definitely be useful around snack time, but I’ll get to that later.  So, when he came in one day, the girls and I surrounded him with a nice, roomy diaper.

“From now on, you’re going to go poo poo in this,” I announced knowing full well he wouldn’t try to fight it.  That’s what the girls and I liked most about him.  He was such a submissive boy, and perfect for our poo poo dispenser.

He meekly squeaked out an, “O-ok,” and was on his back before he had time to do much else.

Everyone wanted to be apart of his diapering.  We pulled down his pants and underwear and tossed them to the side because, once his diaper was on, he wasn’t going to be allowed to put anything over it.  Naked from the waist down, I went ahead and slid a diaper underneath his bottom while the others made comments.

“Tony’s going to be our poo poo boy,” one girl said.  “You go poo poo in this,” explained another.  “No more bathroom passes for you, Tony.  Poo poo goes in here from now on,” another cuter informed him.  She rubbed the back of his diaper whether his poo poo would go for emphasis.  So did many other girls, listening to the crackling of his soon-to-be-full diaper.  This was how it was going to be for him from now on, and it was time for him to show us that he understood.

We all stared at him and told him to poo poo in his diaper over and over again.  I put my face right up against the back of his diaper and everyone else got close, too.  Pretty soon, Tony couldn’t help himself.  Tony started to fill his diaper.  I could feel it coming out against my nose.  Tony’s poo poo was coming out!  I could hear it, too!

There was a big lump at the back of Tony’s diaper.  It was full of soooo much poo poo!  I put my hand on the back to feel the poo poo bulge for myself while someone else pulled open the top of his diaper to see it all.  The girls got even closer to look at the poo poo, but we didn’t want to just look at it.  I reached in, grabbed a chunk, and put it in my mouth.

The other girls agreed as they took their turns tasting Tony’s poo poo.  Needless to say, Tony was loving the attention and was happy to provide a snack for snack time.  He became very popular after this.  We made sure that we were always around whenever he had to go poo poo.  Sometimes we would stop by his house on his weekends so that his poo poo didn’t go to waste.  Tony knew he wasn’t allowed to poo poo without us being there, so his poo poo loads were always big when it was time to go.  And clean up was easy since all of the poo poo was gone after everyone was full.

Our diaper boy, Tony, was voted most popular that year.  We loved Tony so much that we tracked him down again.  That’s how much we missed out Diaper boy Tony.  We simply had to find him again and make him poo poo for us.  Once we got our hands on him, I did the diapering.  It was just like old times.  Now we get Tony to do it every day for us.

Are you a dirty diaper boy like Tony?  Call my phone sex line and tell me your kink!