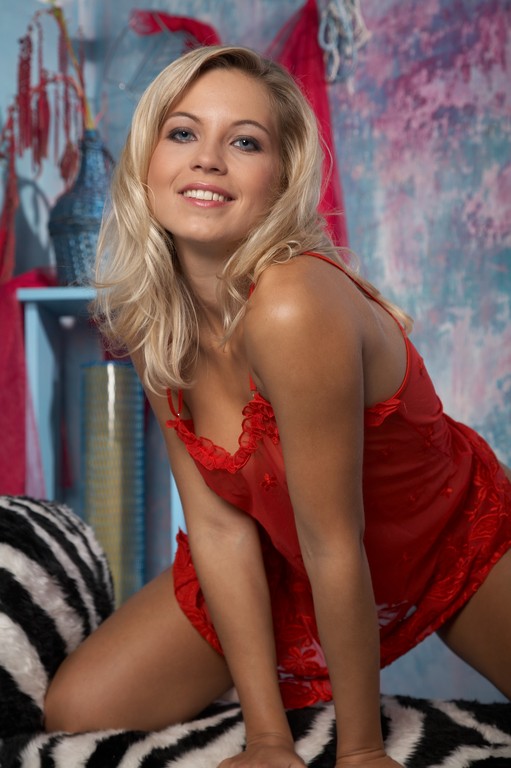 I trust my Daddy and he knows that, so I was a bit shocked when he told me that he wanted to see just how much I trust him. I told him that I trusted him so much that I would do anything he asked of me without question. He told me that he was going to make me completely helpless. If I trusted him I’d lie still and go along with it. I knew he wouldn’t hurt me and I kind of liked the thought of being at his mercy, plus I wanted to see what he was going to do to me so I asked him how I could prove my trust to him. He wouldn’t tell me, instead he pulled out a blindfold. I knew I was going to love this.

Daddy put the blindfold tightly on me, making sure I couldn’t see a thing. He then put a ball gag in my mouth and had me lie down on the bed. He has an under-the-bed-restraint system and he used it to secure my ankles and wrists to each corner of the bed. I could hear him moving around and I started to get excited. I couldn’t see, speak or move and my Daddy was climbing on the bed. He could do anything he wanted to me now and I couldn’t stop him.

I waited for something to happen but nothing did. I listened carefully and could hear him breathing but couldn’t figure out what he was doing. I tried to ask him but the gag stopped me so I just laid there thinking of all the things he could do to me. My pussy got wetter as I got more excited, which I think is what Daddy meant to do. When I thought the suspense was about to drive me crazy I felt a tongue roughly flicked across my nipple. It hardened as a warm, wet mouth covered it and sucked gently as a hand played with my other tit, gently fondling it.

When my tit was wet with spit he took his mouth off me and moved down, his tongue sliding over my stomach and to my pussy. It ran along my outer lips then pushed inside. It lapped along my walls then slid up to my clit and began to lick in slow firm circles. Daddy started to lick me faster and then he stuck a finger inside me. He pumped it in and out while he was licking. The sensation was just too much for me. I tried to close my legs but the restraints stopped me after moving a quarter of an inch. A few seconds later I was on the verge of cumming, another lick or two was all I needed… then Daddy stopped and moved away.

I pushed my hips up as high as I could, trying to feel Daddy but got nothing. I moaned through the gag as my juices dripped down me. My pussy ached and it felt like forever until I felt Daddy put his hands on my hips and shove into me with a hard push. I was so wet he went right in and he began to fuck me hard and fast. It didn’t take long for my orgasm to come back and soon I was clenching tightly around Daddy’s dick. I came loudly but it got muffled by the gag and Daddy kept going, his dick pounding me as he grunted and moaned on top of me. Daddy started to cum and it filled me.

He pulled out of me but he didn’t undo the restraints like I thought he would. Instead he whispered in my ear “I’m not done testing your trust.” I laid there and waited for him to make his next move.

One Reply to “Daddy Deprives My Senses!”