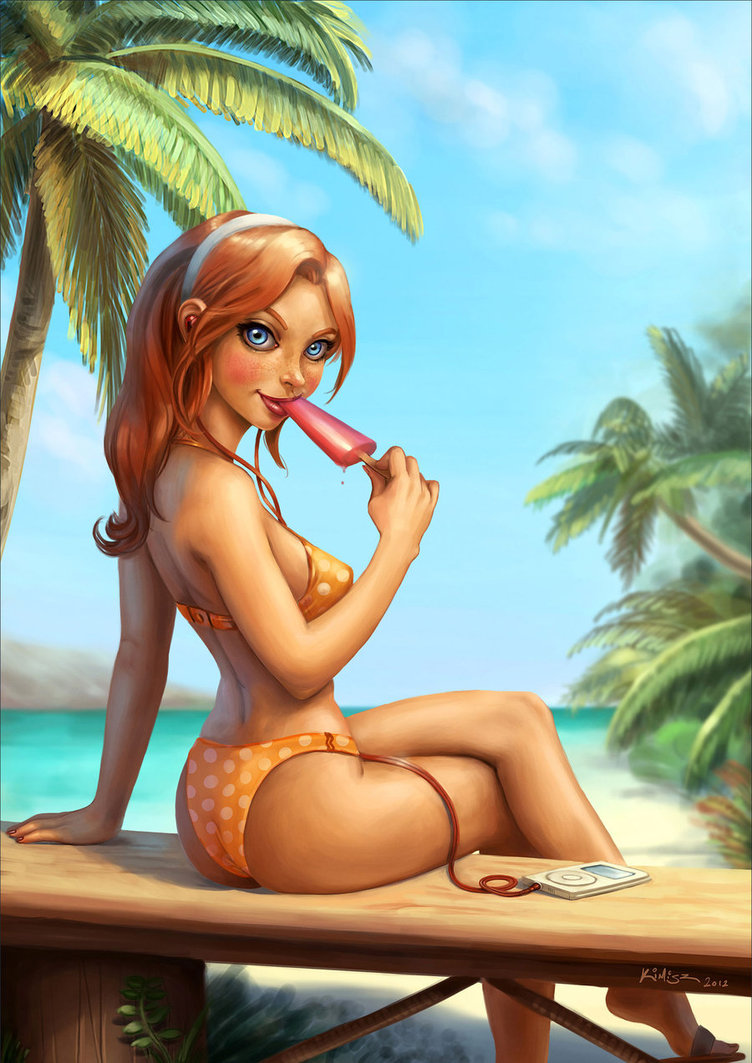 The best part of summer in Florida is going to the beach. There are so many things to love about it: wearing a cute bikini, showing off my body and all the hot men wearing nothing but swim shorts.

I was spreading my blanket on the sand when a lifeguard came by and asked if I needed any help. I had my back to him and thought he was only asking so he could stop and get a good look at my ass. I stood up and turned to him, all ready to give him the brush off. I’m glad I waited until I was facing him to say something because he was gorgeous. I told him I was fine but maybe he could help me when he was off duty. He smiled and said he’d be off soon then walked away. I lay down on the blanket and thought about all the fun things I’d do to him. I couldn’t wait.

After a while I got up and went over to the snack kiosk for a drink. It was busy and I ended up at the back of the line. I was standing there waiting when I felt a pair of arms wrap around my waist. I looked behind me and saw the lifeguard from earlier. He ran his hand across my stomach before sliding it lower. His fingers brushed against my bikini-clad pussy. We were surrounded by people and the thought of one of them seeing what he was doing to me made me wet. I wanted him and I wanted him now. I asked if we could go somewhere private so he could finish what he started.

He took me to a small secluded spot where no one would interrupt us. He pulled me close and started kissing me. I could feel his hard on pressing against me. I moved my hand down and stroked him through his swim shorts as he started kissing my neck. His fingers brushed against my back and I felt my bikini top slide down. He held my breast in his hand and started licking my nipple. His tongue was rough against it as it hardened. I stopped stroking him and slipped my fingers into my bikini bottom. My pussy was soaking as I slid two fingers inside. It felt good but it wasn’t enough to satisfy me. I moved away from him and slid my bikini bottoms down. I pushed him onto the sand and he slid his swim shorts down. I straddled him and slowly lowered myself. I was so wet he slid right in. I felt my pussy stretch as he pushed deep inside. I began to ride him, nearly letting him slide out before lowering myself hard on him, impaling myself on him. His fingers dug into my hips as he pushed himself into me. He moved my hips up and down, trying to get me move faster. I love giving men what they want so I moved faster. I rode him hard and fast. I clenched my pussy muscles to bring on an orgasm and felt him tense under me. Hot cum filled me as I impaled myself a few more times then I came as well.

I climbed off him, got dressed and asked when he would be on duty again. I think I’m going to the beach again tomorrow.