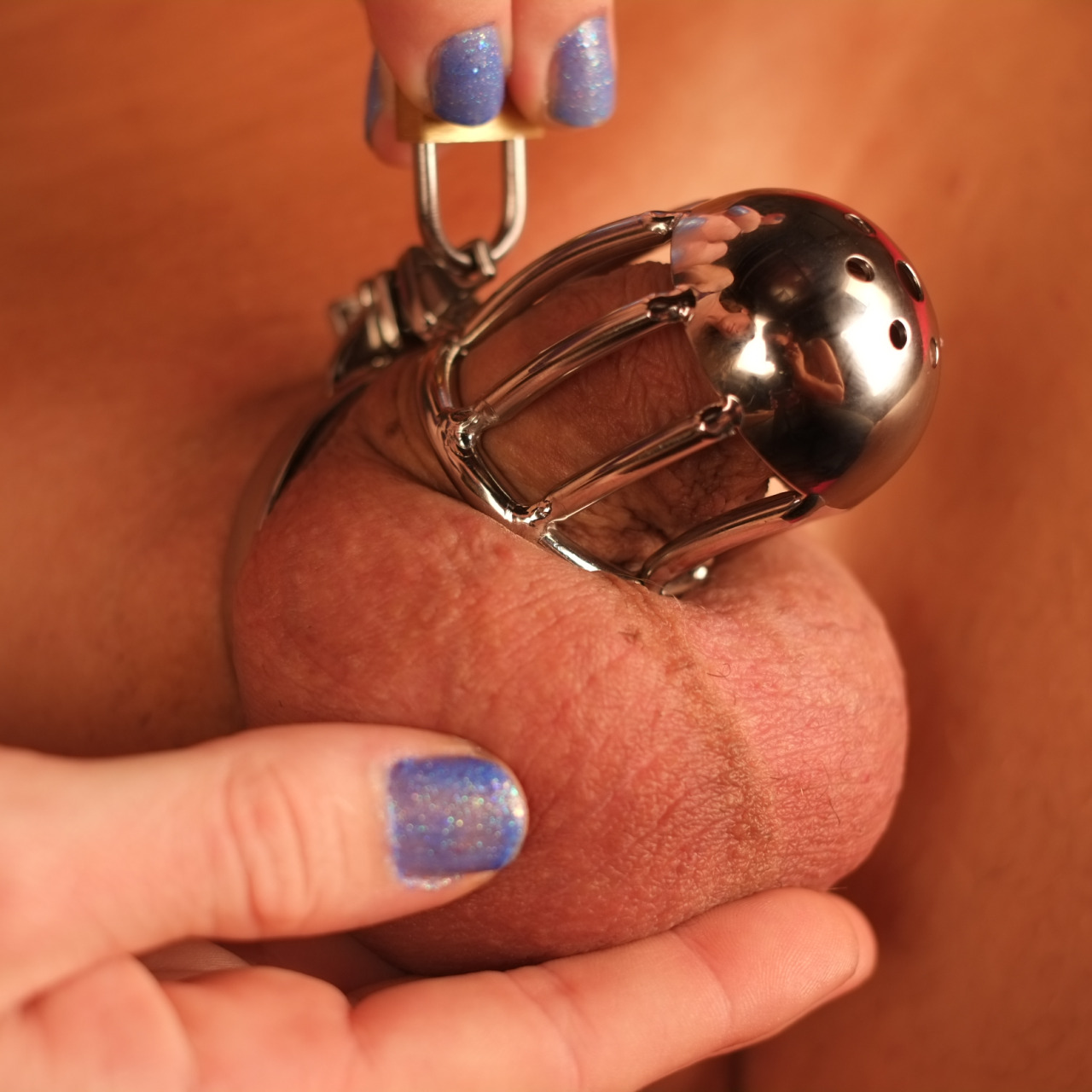 That’s when I realized with shame how stupid I looked, and the more I stared the more I understood why she felt such contempt for me. As I strained to hear what was going on in the other room, I thought I heard her moan.

“Good Cuckie Bitch!” she sneered as she sauntered back into what was now HER bedroom.

“Crawl in here, pussy, I have something for you to see. “

I crawled into HER room to see her sitting at her vanity with her robe undone. Her breasts were so supple and firm and I realized it had been weeks since I had actually felt them. As she noticed my gaze, she smirked and said, “Like seeing what you will never be able to have again?” That’s when I blushed like a teenager caught peeping, and quickly looked down to the floor.

“Come over here and kneel at my feet sissy cuck. I have something for you.”

I crawled over to her feet and knelt. “Put your hands behind your back,” she said. Then she leaned forward and my face was nestled within her bare cleavage. I could smell the perfume she was wearing and realized it was the perfume I had bought her for Christmas.

Just then I felt cold steel, heard the ratcheting sound of handcuffs, and realized she has locked my hands behind my back.  What was going on? Maybe she initiating a role-playing scene as foreplay? I could see the glint of amusement in her eye as she met my questioning gaze.

“Now it’s time for your present bitch,” she said as she pulled a steel chastity device out of her vanity drawer.