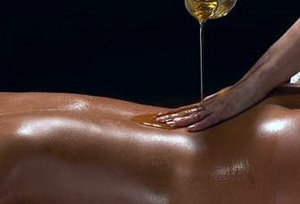 Rod confessed to me their courtship was a bit rushed.  He’ll never forget the first time they were together.  When Rod finally got to fuck her,  he came so fast.  Rod was very surprised but dismissed it to being over excited.  It turned out every time they were together, the same thing happened.  I’m sure his wife grew very impatient and frustrated.

On her birthday he hired a massage therapist to come over to give her a nice massage.

She showered and dressed casually as her clothes would be coming off anyways.  The massage therapist was very well built and handsome.  Rod realized with a hint of jealousy they started flirting with one another.  She hadn’t flirted with him in that way in how long?  His wife and the therapist went to the bedroom.  The therapist started the massage.  His hands were skilled and very gifted.  He knew just where to touch.  Rod could hear moaning coming from the other room but attributed it to a wonderful massage.

Then the moans became louder.  Rod tip toed to the door where it was cracked open.  Rod saw a sight that both aroused him and humiliated him.  The therapist was between her legs massage her clit with his tongue and fingers.  His wife had her legs spread on the bed.with her legs spread.  Rod watched fixated to the spot as his wife had a real orgasm.

He burst in the door as the other man prepared to put his big cock into her wet pussy.  Rod knew and understood he could never give that to her.  He felt so inadequate and ashamed that he couldn’t give her a real cock.  His wife breathlessly admitted she was so happy to have a real man inside of her to fulfill her pent up desires and take care of her the way a woman like her deserved.  The other man had a huge cock Rod confessed to me later on.

Stacy has you covered!