Cross Dress You up in My Love! His secret is finally revealed! 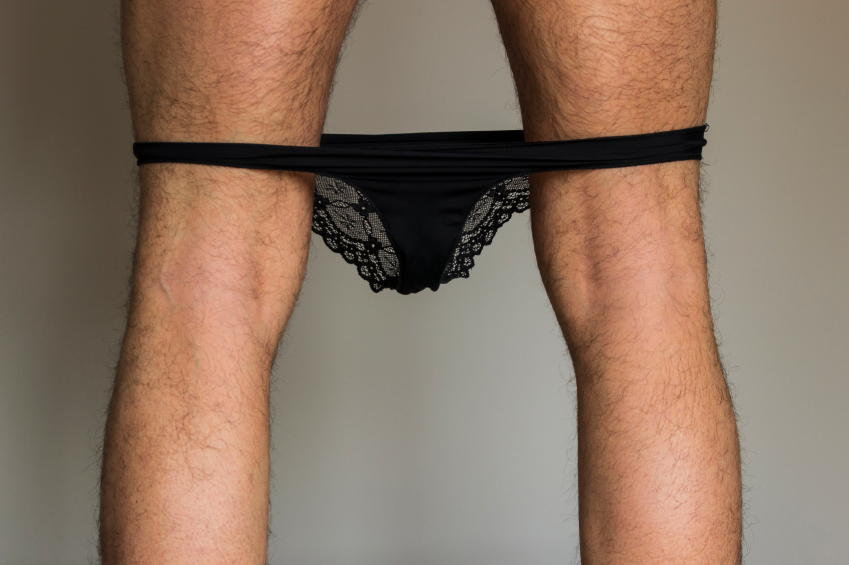 A surprise cross dress fetish is revealed to Steamy Sabrina.

Chandler was a very manly figure.  He was a well-mannered gentleman, opening doors, picking up the tab and all of that.  He was strong, athletic and self assured.  I was very attracted to him from day one.  I had no idea that he had a secret desire to cross dress.

He gave me a gift card to my favorite lingerie store for my birthday.  After an afternoon shopping spree, I called him and invited him to come over to my place to inspect my haul.  He said he’d be right over.

He sat on my bed as I laid out my pretty new items for him.  He picked them up and felt the soft material, stroked his fingers against the lace, even sniffed some of them.  I got a good deal on some satin panties and I got a few in each color.  He picked up a pair.  “Red is my favorite color.” he said.

“Then I’ll wear those tonight.”  I smiled.

About a week later, I had another date with Chandler and decided I’d wear the red panties for him again.  I looked everywhere but couldn’t find them. I shrugged my shoulders.  “Oh, well.  He’ll have to deal with the blue panties tonight.”  I thought.

We came back to my place after dinner and Chandler asked me to model the rest of my lingerie for him.  As I did so, he got so turned on, he took his dick out and started to jerk off.  I walked over to him and began to kiss him.  He moved his  hand up and down my silky negligee and told me to take it off.  I pulled it over my head and tossed it on the floor.

To my surprise, he picked it up, held it against his body and continued to jerk off.  I stood there quietly, knowing that something was about to happen and I didn’t want to interrupt the natural flow of things.  Chandler glanced up at me and after a couple of seconds, he pulled the negligee over his head and continued to jerk off.  He stood up and walked over to the mirror, gazing at himself in my negligee.  He orgasmed loudly as I watched silently.

Afterward, he apologized and looked quite embarrassed.  “I’m sorry.  I just couldn’t help myself.” We talked about it and he confessed that he would love to just once, be able to wear women’s clothes.  He thought it would make him feel pretty.

We spent the rest of the night, poking through my closet, selecting things for him to wear.  He modeled my own clothes for me.  Skirt and sweater, black halter dress, summer dresses, silk blouses, bras, thigh highs, more lingerie.  It was an amazing and sexy fashion show.  When we fucked that night, he wore my bra and panties the whole time.  I loved it!

“It was my pleasure, really.”  I assured him.

I shrugged my shoulders.  “Okay, if you say so.”

I laughed softly.  “It doesn’t matter to me, that’s all.”

A few weeks later, we were at dinner and Chandler had on a pair of brand new jeans.  He told me that they felt a bit loose and were slipping off his waist all night.

“I guess I lost a bit of weight.” he said as we waited for the valet parking attendant to bring the car.  “I either have to fatten up or buy a smaller pair.”

As he said this, he dropped his wallet and bent over to pick it up.  His loose jeans slipped down a tiny bit, but it was enough for me to see the waistband of my missing red panties.  I smiled to myself.  Out of his system, huh?  Yeah right.