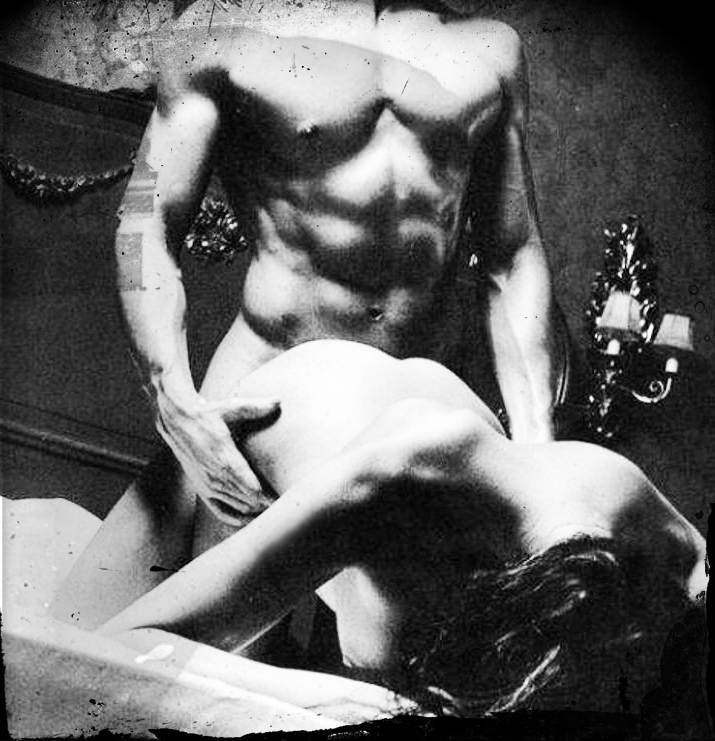 He knocked on my door and I greeted him with a huge smile. We started watching TV and I begin snuggling up to him. I kissed him nice and hard. Making sure he could feel my tits pressed up to him and how much I wanted him. He started to grab my ass and squeeze. And gave me a little spank. “You’re making me so hard, Bailey. Just by you being so close to me. You’re one of the only girls who can do that to me.”

We moved to my bedroom and I started to take his shirt off. His body turned me on so much and I felt so tingly in my pussy for him. I pulled my shirt off, he pulled me close and unhooked my bra. He pushed me onto my bed and pulled my skirt off. He was getting so dominant and I was fucking loving it. He turned me over and spanked me until my ass was red and hot! I moaned with delight as I caressed my ass and rubbed my pussy outside of my panties.

I spread my legs farther and he grasped my panties by the ass and ripped them off of me! I giggled and he grabbed me by the hips and sat my ass against his crotch. I ground up against him. Feeling his hard cock under his pants. He unzipped and I could feel that he was not gonna mess around tonight. He wanted to fuck me now. I raised my ass up and he quickly sucked my pussy and licked up my ass.. Then laid his dick on my ass.

If you wanna know what he did then call me. 😉