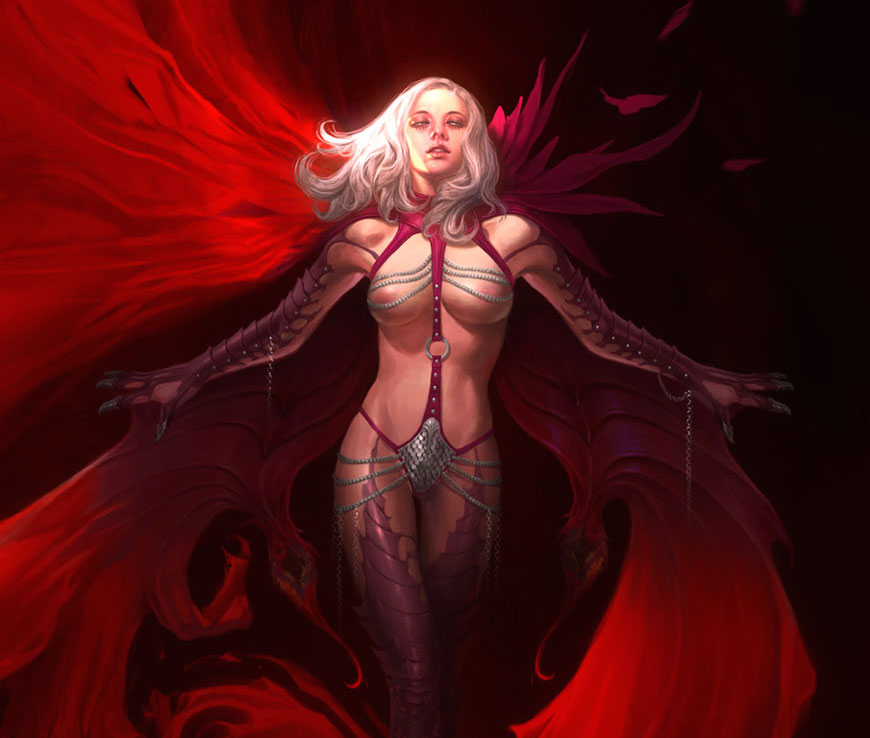 So I was watching some hot group sex stories in action and had begun caressing my hard cock. As soon as I mentioned giving up my soul to be teased like the lucky man on screen, everything changed.

Now I am in a dark, chilly room with something around my neck and I have no idea what the fuck is going on.

I turn back. A very feminine left hand holds a whip that extends across the room and wraps twice around my neck. The nails are pitch black and so is the whip. My hands come up and grip the whip at the base of my neck to try to pull it free. A hand with impossibly red nails flashes from the blackness and a red whip slashes the air. It wraps a full three times around my upper torso pinning my upper and forearms against my body before securing to itself.

A chilling feminine laugh, somewhat familiar, wafts through the room. “Mortals are so predictable.”

I struggle against the whips but to no avail. The one around my throat doesn’t cut of air but yet I can’t make a sound. Neither budges an inch and my arms are useless. A right hand with ebony nails appears and another whip twirls towards me in a spinning motion. It snaps around the base of my cock trapping the blood in my erection. Somehow the last few inches manage to wrap around the base of my balls before pulling tight.

Fuck – I feel pain, but part of me is becoming aroused. What type of fucked up crazy sex stories did I get myself into?

The same laugh, “So beautifully done.” Then a second female voice arises from the blackness.

“I am the Empress Carmen, Queen of the Lust Demons! WE have heard the words spoken aloud. The portal has been opened, you are OURS now!”

Stay tuned for part 3 of Mr. S—‘s alt sex stories and call me for the best and hottest fetish phone sex!