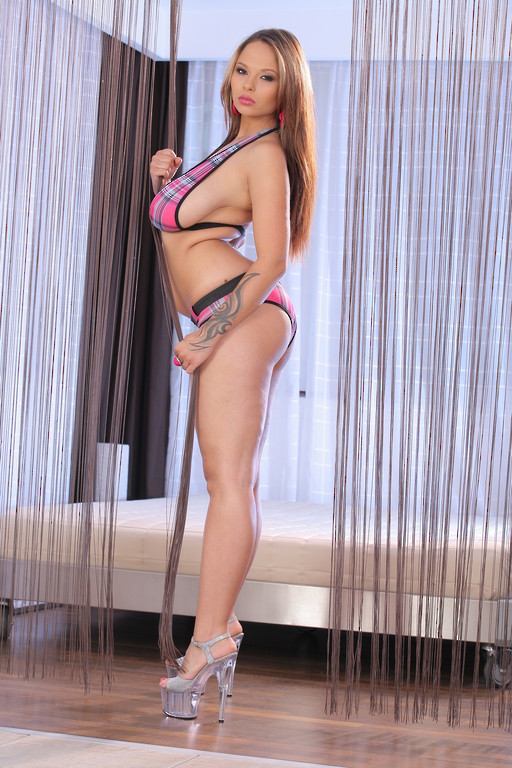 I admit it.  I’ve always had a thing for much younger guys.  Up until recently, I’ve always been able to fight it, though.  But something happened this weekend.  To celebrate a recent football victory, my son asked if he could invite some of the guys over to celebrate in the back.  While I was still at work, they’d watch some TV while taking a dip in the pool out back.  Funds had been a little tight recently and I really wanted to make it up to him for all of those times I’ve had to say no.  It seemed to be a harmless enough request so I said yes.

When I got home I could still hear ruckus going on in the back as my car pulled up to the house.  Those boys were sure having a good time.  I supposed they could stay a while longer but I’d have to tell them to keep it down.  As I entered the backyard through the gate, a pair of strong hands grabbed me from behind.

“Wow, Brandon, you didn’t tell us you got a stripper!” said the quarterback as he fondled me.

“Stripper?!” I gasped.  My son’s jaw dropped.  I suppose my huge tits and ass in my office attire could have me mistaken for one. I waited for him to explain that I was his mother.  That’s when I saw a fifty dollar bill flash in my face.

I turned around indignantly, until I recognized the face of the boy flashing the cash at me.  His father owned the largest car dealership in town.  And another boy was the son of a lawyer.  And another the son of the only dentist around for miles.  Each and every one of them started reaching for their wallets and I saw them exploding with paper.  Those old days of me stripping were starting to flood back.  Memories of giving blow jobs to young clients who snuck in with fake IDs and leaving them without a penny or a drop of cum left in them came flooding back, too.  I remember promising that those days were over but, after seeing the cash, something snapped.  The cougar in me wanted them.  So, my face softened, I took the fifty, and I placed it in between the crevasse between my tits.

They turned up the music and, one by one, I ground my ass against their teenage bulges as fives, tens, and twenties kept coming.  My cougar instincts kicked in as I worked my nude body harder and harder against their young cocks.  At some point, I mouthed to my son that I was sorry.  He was still in a state of shock as he stared at me riding his friends’ laps.  But, as I sat down to do the next guy, I noticed that fabric was no longer separating us.  In fact, I could feel his rigid cock press up against my pussy lips.  He felt me hesitate.

I licked my lips.  This little boy didn’t have a clue.  I could have his balls completely drained in under 5 minutes.  Easy money.  When I agreed, the others started to remove their pants and shoving money towards me.  I dare not look at my son at this point.  I knew that there was no way I was turning down all of this money from such delicious young boys.