College Girl Story: Obey Me Or Get Exposed, Doctor Sissy! 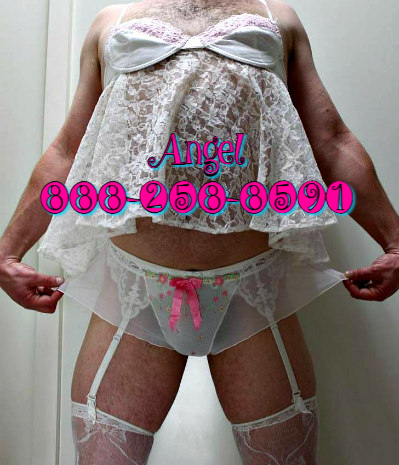 College girl forces her orthodontist to be the best sissy he can be … or ELSE?!

College girl experiences make for the best phone sex memories, don’t you think? This “incident” occurred my freshman year, during what I thought would be your average doctor visit. Seriously, this is one of those real sex stories that I couldn’t possibly have made up! Read on to find out why it turned out to be anything but routine!

I stopped in for a last-minute appointment with Dr. Kincaid before leaving for my Spring Break vacay. Since it was the end of the day, I arrived to find an empty office. Or so I thought!

“Hello? Is there anyone here?” I called out as I peeked into the back office area, then wandered down the quiet hallway. Approaching from around the corner, I stopped short, just before the open door.

Standing in front of a full-length mirror, Dr. Kincaid stood in the middle of his office wearing nothing but a matching, hot pink lace and satin bra-and-panty ensemble with a garter belt and black fishnet stockings.

Last but not least, his calves were attractively arched, courtesy of sleek, pink leather stilettos! He slowly caressed himself through the silky material of the panties, biting his lower lip as he continued to edge himself.

Putting my phone into silent, no-flash mode, I recorded the entire scene, also rapidly snapping a series of shots before quickly slipping back down the corridor to the waiting room. Just in the nick of time too, because Dr. K poked his head through the receptionist’s window a couple of minutes later to casually call me into the exam room.

He threated to “blow” the whistle on me by telling my parents, who would then have to pay additional fees for my orthodontic treatment. Looking him straight in the eye, I blew HIS whistle instead: “If you strip RIGHT NOW to show me what you’re wearing under there, maybe, just *maybe* I won’t tell Mom and Dad

“…that my very “professional” orthodontist is a fucking little sissy boy who dresses up like a girl and probably takes it up the ass too!”

Dr. Kincaid turned utterly red and tried to bluster his way out of it, telling me I was totally insane and who did I think I was and blah blah freaking blah.

“If I’m so inappropriate, how come your clitty’s making that huge TENT in your panties, Dr. K?” I snickered. “Yes, I said ‘clitty!'”

I laughed, pointing with a well-manicured, rosy-tipped nail at the front of his now not-so-flat trousers. Then I smirked as I showed him the vid and set of incriminating pics I’d taken as I purred:

“Don’t want the “evidence” ending up online, do you, Doc? Now, you’ll do EVERY single thing I command you to do, won’t you, sissy? Of course, you will!”

What happened next? For your ULTIMATE, no limits sissy phone sex experience, call NOW: 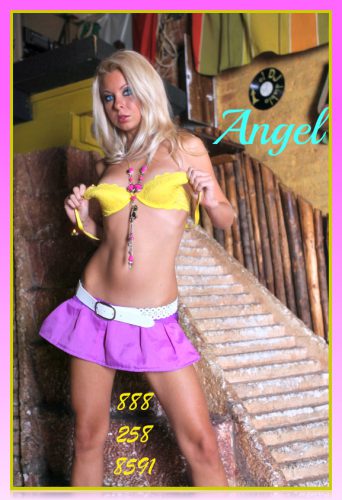 Be sure to check out my yummy sissy fetish and hot, forced kinky sex stories by clicking on the bold text!

Let me know what you think about my college girl story HERE!